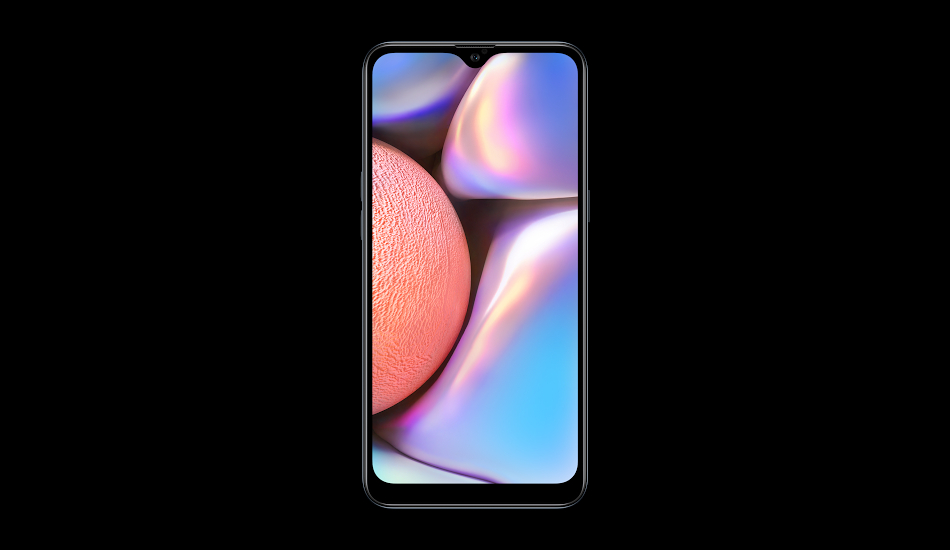 An official-like poster of the Samsung Galaxy A10s has been leaked online.

Samsung has been working on a budget Galaxy A-series phone for the offline market in India which we believe is the Galaxy A10s. We came to know the specifications of the device and now an official-like poster of the Galaxy A10s has been leaked online, confirming some details.

An upcoming poster of the Samsung Galaxy A10s has been leaked online and shared by /Leaks. The poster appears to from the official ad campaign behind the device since it clearly shows the A10s moniker mentioned on the top right corner as well as on the front screen on the phone, similar to how Samsung has been doing with its recent Galaxy smartphones.

The poster reads “The Upgrade is Coming Soon” which suggests that the Galaxy A10s could be launched sometime soon, like this month since we only entered August. The image also shows glimpses of the design of the phone and from what it looks like, the Galaxy A10s will be available in Red, Blue and Gray colours. 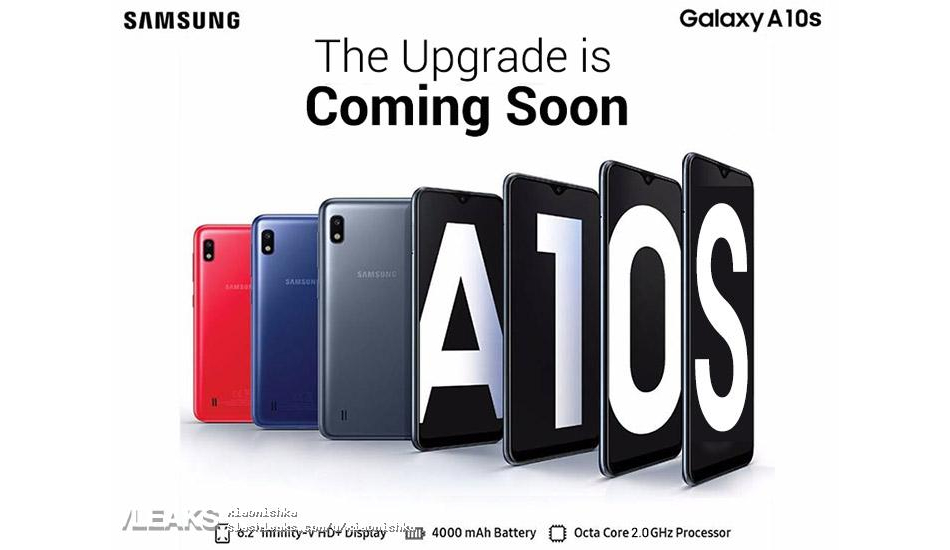 The leaked poster also confirms three main features of the phone. The Galaxy A10s will thus come with a 6.2-inch Infinity-V HD+ display which was evident from the last render. The phone will be powered by an Octa-core processor clocked at 2.0Ghz which is expected to be the Mediatek Helio P22 SoC which has eight Cortex-A53 CPU clocking in at 2GHz in total.

The Galaxy A10s was earlier reported to be releasing sometime this week. The device was also speculated to carry a price tag of Rs 8,990 which is Rs 500 higher than the launch price of the standard Galaxy A10.

Previously, the Galaxy A10s was listed on Android Enterprise with 2GB of RAM and 32GB of storage. The listing also hinted the presence of a fingerprint scanner but the poster shows otherwise. The phone will come running Android 9 Pie.

According to previous leaks, the Galaxy A10 will feature a dual rear camera setup of 13-megapixel and 2-megapixel sensors. For the front, the phone will have an 8-megapixel camera.