Samsung Galaxy A10s could launch in India for Rs 8,990 next week 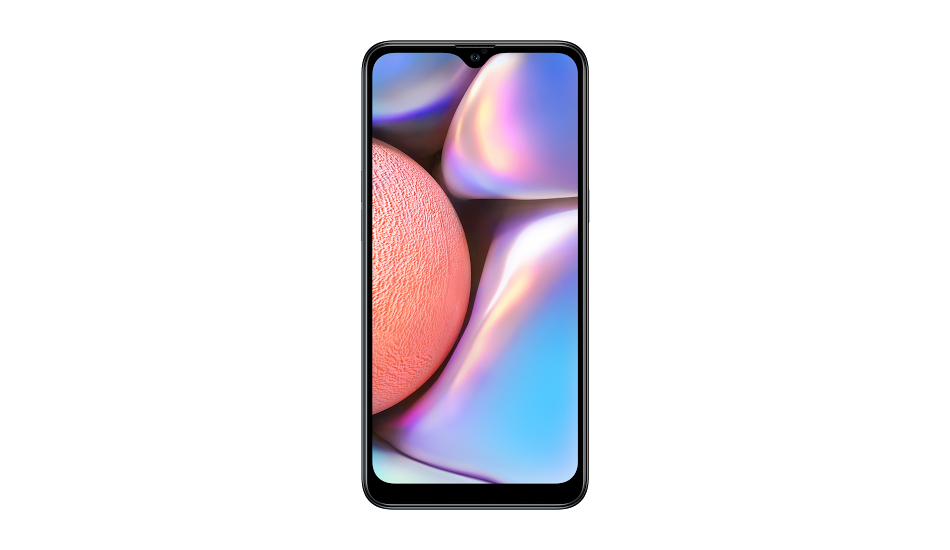 Samsung is planning to launch the Galaxy A10s sometime next week and the device will be priced at Rs 8,990. The device has also leaked through a listing on the Android Enterprise program revealing a single render and bearing a 6.2-inch screen, 2GB of RAM, 32GB of storage, a fingerprint sensor and running Android 9 Pie.

We came to know in May that Samsung is working on a budget Galaxy A-series smartphone for sale in offline markets in India. Dubbed as the Galaxy A10s, the phone previously leaked in the form of specifications and features and we now have received information about the price of the device. 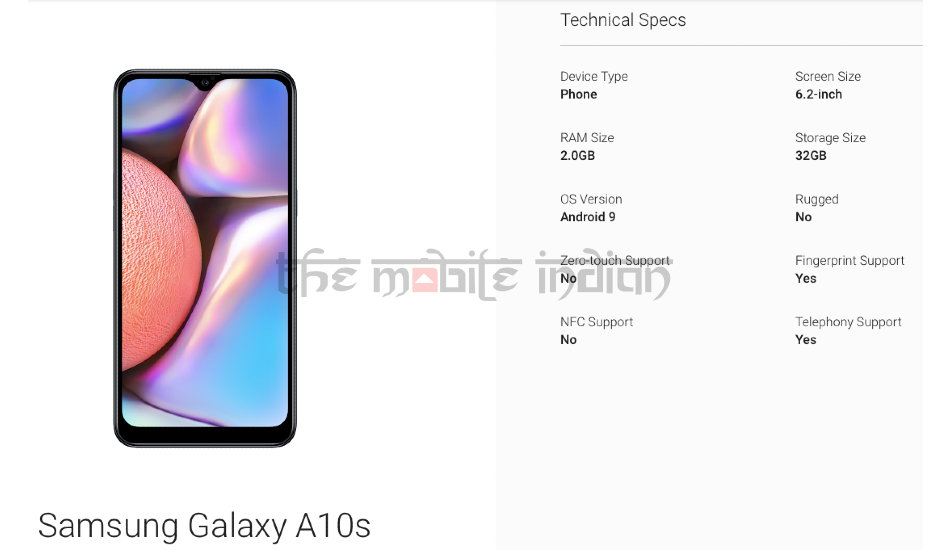 According to previous leaks, the Galaxy A10 is expected to be powered by a MediaTek Helio P22 octa-core processor, 2GB of RAM and 32GB of storage. It will feature a dual rear camera setup of 13-megapixel and 2-megapixel sensors. For the front, the phone will have an 8-megapixel camera.

A recent Wi-Fi certification revealed that the Galaxy A10s will have a model number SM-A107F/DS and will support single-band Wi-Fi a/b/g/n (2.4GHz) and LTE capabilities. There will be Wi-Fi Direct support and Bluetooth.

The Galaxy A10s is set for launch sometime next week, meaning the phone could be introduced before the end of July or the first week of August. The Galaxy A10s is expected to be offered in back, blue, and green colour options.