Samsung Galaxy A04 and Galaxy A13s could be currently under development. Both the are said to be a JDM devices. 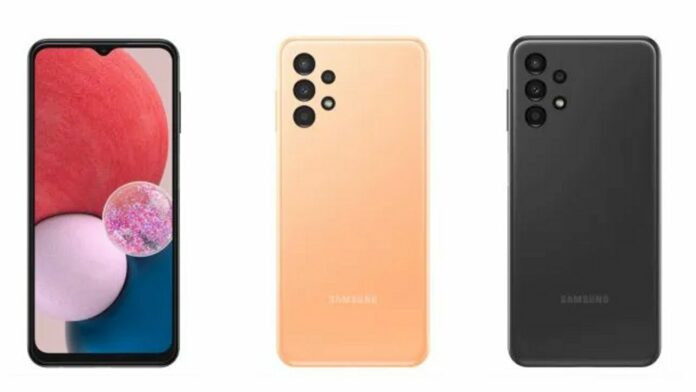 As per a report of SamMobile, Samsung is currently working on to launch two new smartphones with model numbers SM-A045F and SM-A137F. The report further reveals that that these devices will be launched as Galaxy A04 and Galaxy A13s respectively.

As of now, there are no specifications details available regarding these budget smartphones. But now since the smartphones have started surfacing online, we expect more details to surface soon for these upcoming devices. So, Stay Tuned to The Mobile Indian for more updates on this.

As per the recently leaked renders, As per the renders, the phone will feature a flat display with a waterdrop notch at the center. The leak reveals that the device is equipped with a 6.5-inch display.

The device has its volume controls and power button on the right side. The latter doubles up as a fingerprint scanner. The bottom edge features a speaker grille, a microphone hole, a USB Type-C port, and a 3.5mm headphone jack. The leak states that the Galaxy A04s measure 164.15 x 76.5 x 9.18mm.

The Galaxy A04s is said to be a JDM phone. So the phone won’t be manufactured by Samsung in its own facilities. The same could be true for the Galaxy A04 and the Galaxy A13s.