Samsung Galaxy A04 Core high-resolution renders have ben leaked. They suggest a similar design as its predecessor. 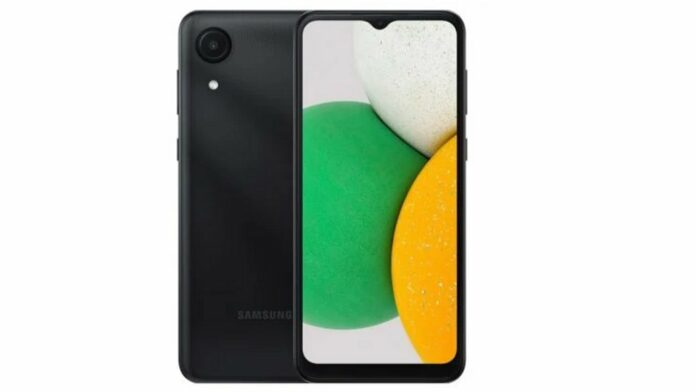 Samsung launched the Galaxy A03 Core entry-level smartphone in India last year. Now the company is reportedly working on its successor called Samsung Galaxy A04 Core.

Well-known tipster Roland Quandt and WinFuture have shared high-resolution renders of the upcoming Samsung Galaxy A04 Core showing the device in a few different colours.

As per the renders, the phone will feature the same design as its predecessor, which includes a single rear-facing camera, a waterdrop notch and a 6.5-inch display.

At the back, there is a single rear camera setup with LED flash. Though, there is no details for the camera sensors at the moment. There is a notch on the front to house the selfie camera.

The device has its volume controls and power button on the right side. The A04 Core lacks a fingerprint scanner. Further, the renders show that the device will be available in three colour options. these will be Black, Green, and Copper.

As per rumours, the Samsung Galaxy A04 Core will pack the Exynos 850 chipset. Apart from this, no more details about this upcoming Samsung smartphone are known. We expect the phone to surface in more leaks in the coming days. Stay tuned to The Mobile Indian for more updates on this.

Samsung Galaxy A03 Core features a 6.5-inch HD+ Infinity-V display with 20:9 aspect ratio. Under the hood, the phone is powered by UNISOC SC9863A octa-core processor. On the camera front, the phone has a single 8-megapixel rear camera with f/2.0 aperture and LED flash, while for the front, there is a 5-megapixel shooter with f/2.2 aperture. A 5000mAh removable battery backs the phone with 10W fast charging support.

Samsung Galaxy A03 India price revealed ahead of launch