Samsung Galaxy A03 Core has been today launched in India. It is available across retail stores, Samsung.com and leading online portals. 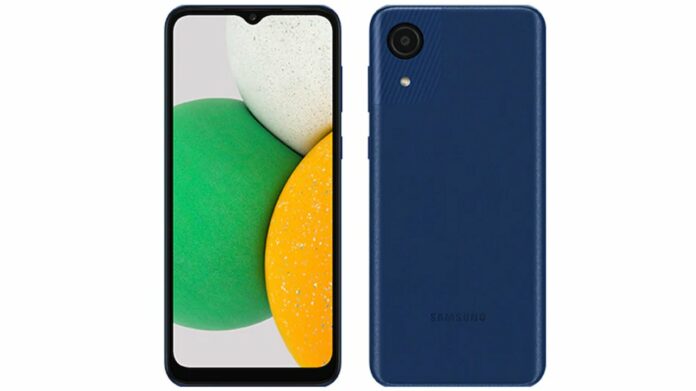 Samsung India today launched a new smartphone under its A-series called as Galaxy A03 Core. The phone comes with a 6.5-inch Infinity-V display, octa-core processor, 5000mAh battery and more.

Samsung Galaxy A03 Core features a 6.5-inch HD+ Infinity-V display with 20:9 aspect ratio. Under the hood, the phone is powered by UNISOC SC9863A octa-core processor with four of the units running at 1.6GHz and the other four at 1.2GHz.

The phone is backed by a 2GB of RAM and 32GB of internal storage. The storage can be expanded up to 1TB via a microSD card slot. On the camera front, the phone has a single 8-megapixel rear camera with f/2.0 aperture and LED flash, while for the front, there is a 5-megapixel shooter with f/2.2 aperture.

Galaxy A03 Core has been developed on the latest Android Go platform, which means it comes with lightweight custom apps that are built to use less storage for Android Go OS. These customized apps of Android Go 11 launch 20% faster compared to Android 10 Go, making for great user experience. Android Go 11 also promises increased safety with its new Safe Folder feature that safeguards all that you want via encrypted PIN and pattern.