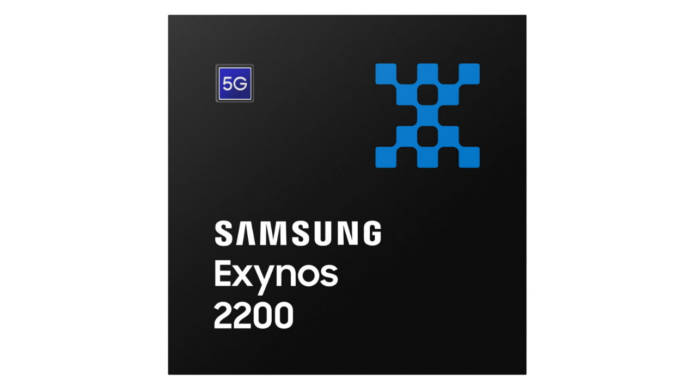 Samsung has announced its latest flagship SoC, the Exynos 2200, putting the rumours to rest that the Korean manufacturer will skip the processor this year. The new chip from Samsung will come with an AMD RDNA 2 architecture based Samsung Xclipse graphics processing unit (GPU) along with an upgraded neural processing unit (NPU).

The Exynos 2200 is built on an advanced 4-nanometer (nm) EUV (extreme ultraviolet lithography) process, similar to the Dimensity 9000 and the Snapdragon 8 Gen 1 SoCs. As for the GPU, Samsung says that “ the Xclipse GPU is a one-of-a-kind hybrid graphic processor that is positioned between the console and the mobile graphic processor”.

With the AMD RDNA 2 architecture as its backbone, the Xclipse inherits advanced graphic features such as hardware-accelerated ray tracing (RT) and variable rate shading (VRS) that were previously only available on PCs, laptops and consoles. Ray Tracing is a technology where by calculating the movement and the color characteristic of light rays as they bounce off the surface, ray tracing produces realistic lighting effects for graphically rendered scenes.

In addition, the Xclipse GPU comes with various technologies such as advanced multi-IP governor (AMIGO) that enhance overall performance and efficiency. Further, the Exynos 2200 is one of the first in the market to integrate Arm’s latest Armv9 CPU cores which offer a substantial improvement over Armv8 in terms of security and performance.

The octa-core CPU of Exynos 2200 is designed in a tri-cluster structure that consists of a single powerful Arm Cortex-X2 flagship-core, three performance and efficiency balanced Cortex-A710 big-cores and four power-efficient Cortex-A510 little-cores. With an upgraded NPU, you get even more powerful on-device artificial intelligence.

Also, for connectivity, the Exynos 2200 integrates a fast 3GPP Release 16 5G modem supporting both sub-6GHz and mmWave (millimeter Wave) spectrum bands. With E-UTRAN New Radio – Dual Connectivity (EN-DC), which utilizes both 4G LTE and 5G NR signals, the modem can boost the speed up to 10Gbps.

For security, the Exynos 2200 comes with Integrated Secure Element (iSE) to store private cryptographic keys as well as to play a role as RoT (Root of Trust). Also, an inline encryption HW for UFS and DRAM has been reinforced to have user data encryption safely shared only within the secure domain.

The Exynos 2200’s image signal processor (ISP) architecture has been redesigned to support the latest image sensors for ultra-high resolution of up to 200 megapixel (MP). At 30 frames-per-second (fps), the ISP supports up to 108 MP in single camera mode, and 64+36 MP in dual camera mode. It can also connect up to seven individual image sensors and drive four concurrently for advanced multi-camera setups. For video recording, the ISP supports up to 4K HDR (or 8K) resolution.

With the upgraded NPU, Samsung is also taking advantage of the AI capabilities. When taking a photograph, the machine learning based AI camera recognizes multiple objects, the environment and faces within the scene. It then applies optimal settings for color, white balance, exposure, dynamic range and more to produce professional-level quality images.

Lastly, Samsung has confirmed that the Exynos 2200 is now in mass production. The chip, as usual, will debut with the launch of Galaxy S22 series. This means that the regions which have always got the Exynos-powered Galaxy S series devices should expect the same to happen this year. However, a report from last year says that Samsung could launch Snapdragon-powered flagships in India this year, which of course includes Galaxy S22 series as well. This could change depending on the internal decisions taken by the management of the company.