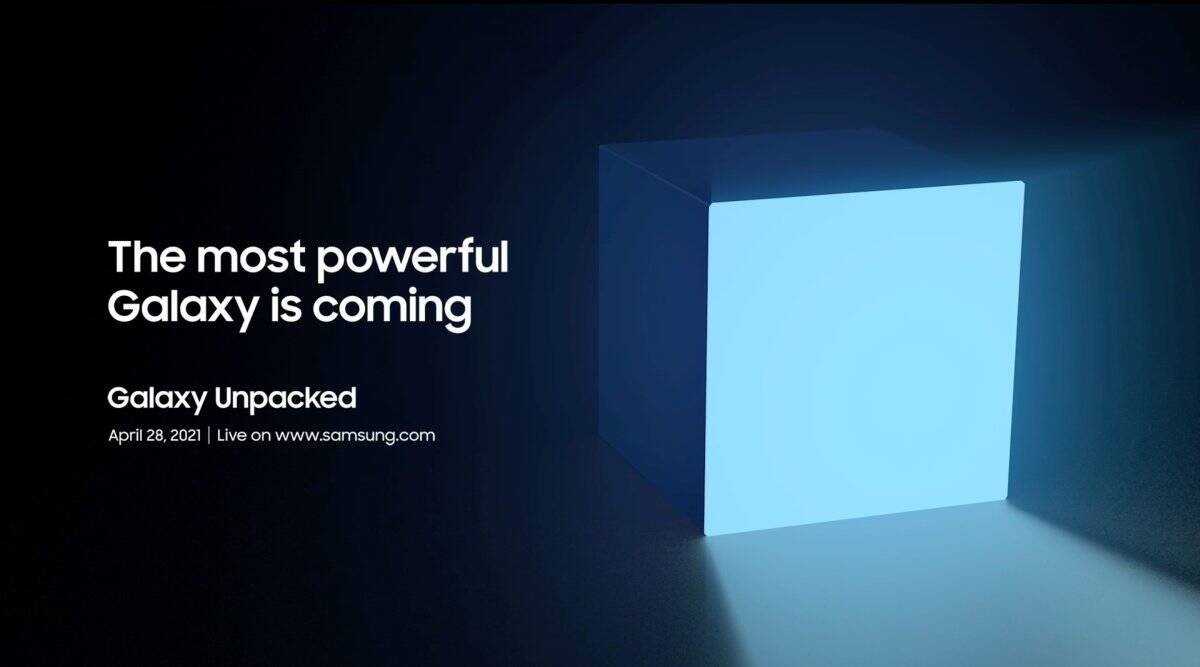 Samsung has scheduled a new ‘Galaxy Unpacked’ event on April 28 and the brand claims it is going to release the most powerful Galaxy ever. Samsung has already held an unpacked event in the beginning of 2021 where it revealed the Galaxy S21 series.

The April 28 eventwill be live streamed on the official Samsung website at 10 am Eastern Standard Time, which is 7.30 pm IST for India. Samsungis rumoured to bring to the table, its most powerful Galaxy Book Pro and Galaxy Book Pro 360 notebooks.

There are also speculations regarding the launch of Samsung’s Tab 8 series. But it is highly likely the brand will bring its newest notebooks powered by Core i5 and Core i7 processors, hence the terms ‘Most Powerful’.

We will have to wait for an official announcement from the brand on the given date to see what it has in stores for us. Per rumors, the upcoming new laptops could sport OLED displays and should also have support for S-Pen.

Regarding the displays, the korean manufacturer confirmed back in January that it is mass producing the 90Hz OLED displays for laptops and so, the Galaxy Book might be equipping these same displays. The laptops could be powered by Intel’s 11th Gen CPUs with high level graphic cards.