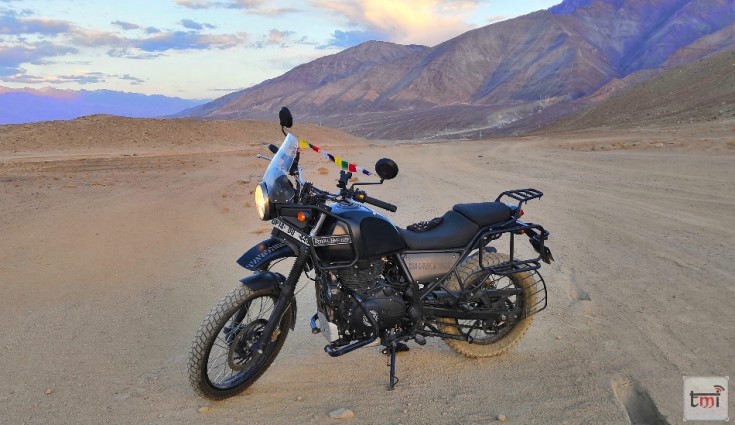 Royal Enfield Himalayan, with the dual-channel ABS variant, will be priced Rs 10,000 to Rs 12,000 (ex-showroom) higher than the standard trim and with the 5-year mandatory third-party insurance policy, it will be selling around Rs 2.20 Lakh (On-road, Noida).

On Wednesday, the Chennai-based motorcycle manufacturer, Royal Enfield has announced the new ABS (Anti-lock Braking System) variant of its off-roader machine, Himalayan. The machine will be featuring dual-channel ABS which will be priced around Rs 2.20 Lakh on-road in Noida, starting September 1.

One can book their Himalayan ABS at the authorised RE dealers with the token month of Rs 5,000. Furthermore, the RE distributor said to The Mobile Indian, that consumers will have to wait for approximately three months to get their hand on the machine after the booking.

Royal Enfield Himalayan BSVI has an issue. Find Out!

He further added:” Currently, the non-ABS variant is priced at Rs 1,89,670 (On-road, Noida) which will be increased to Rs 2.10 Lakh after September 1, due to the mandatory 5-year third party insurance policy, directed by the IRDAI (Insurance Regulatory and Development Authority of India).”

He also stated that the new ABS Himalayan will be priced Rs 10,000 to Rs 12,000 (ex-showroom) higher than the standard trimand with the 5-year mandatory third-party insurance policy, it will be selling around Rs 2.20 Lakh (On-road, Noida).

For those who don’t know, ABS stands for Anti-Lock Braking System, which allows the wheels to maintain tractive contact with the road surface according to driver inputs while braking, preventing the wheels from locking up (ceasing rotation) and avoiding uncontrolled skidding.

In terms of specifications, the Himalayan is equipped with a 411cc, air-cooled engine, which chunks the power of 25 bhp at 6,500 rpm and 32 Nm peak torque at 4,500 rpm. Mated to a 5-speed transmission, the motorcycle weights 182 Kg with extra mass of 15-litre fuel tank.