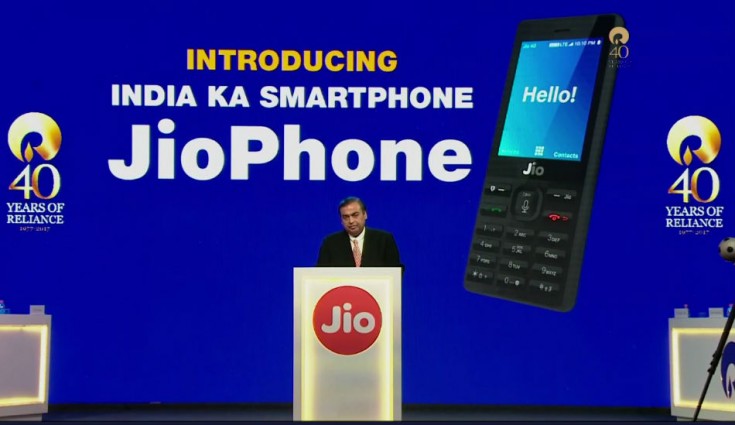 There are two sachets, one with Rs 24 for two days and Rs 54 plan for a week.

Reliance Jio has revised its existing Rs 153 plan for JioPhone to provide more data benefits to its prepaid users. Now under the revised plan, users will get 1GB of 4G data, which is an upgrade to the 500MB data offered previously.

However, the validity of Rs 153 pack remains same at 28 days. The pack comes with free voice calls (local, STD, and roaming), 100 SMS per day, and a free subscription to all Jio apps including Jio TV, Jio Music, and Jio Money among others. After the completion of 1GB data per day, data speed will be reduced to 64 Kbps.

Recently, Reliance Jio launched cheapest 4G prepaid plans starting at Rs 19. The company has introduced three sachet plans priced at Rs 19, Rs 52 and Rs 98 that gives limited validity and provides 4G data. The cheapest Rs 19 plan gives 150 MB of data and it comes with a validity of 1 day. After the data is consumed, users will still be able to access the net with a downgraded speed up to 64Kbps. Then there is Rs 52 sachet plan which offers a total 1.05GB of data with a limit of 150 MB per day. The pack comes with a validity of 7 days.

Thee Rs 98 pack offers 2.1GB of 4G data with a daily FUP ( Fair Usage Policy) limit of 150 MB per day. The pack comes with a validity of 14 days. Apart from this, all the above-mentioned packs give unlimited voice calls on local, STD and roaming and free access to Jio app suite.

The Reliance Jio Phone was launched in July last year as a smart feature phone and it is currently selling across the major retail stores in the country. It is a 4G-enabled feature phone that will cost consumers Rs Zero. However, one has to pay Rs 1,500 as a security deposit, which will be 100 percent refundable after three years.

On the camera front, the device comes loaded with a 2-megapixel rear camera and a 0.3-megapixel front camera. It is juiced up by a 2000mAh battery, which the company claims to give a talk time of 12 hours and standby time of 15 days. On the connectivity front, it supports 4G VoLTE, Bluetooth 4.1 with BLE, GPS, NFC and micro USB 2.0. It supports 22 Indian languages and the device will also come with TV-Cable that will allow users to connect their JioPhone with TV ( not only Smart TVs but also CRT TVs) to watch live TV.