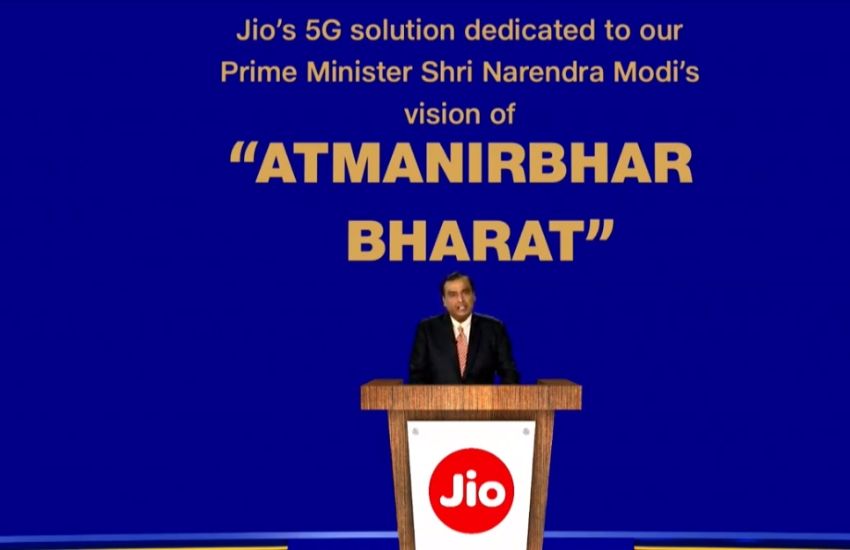 The company has confirmed that the technology is ready for trials as soon as the Indian government opens the auction for 5G spectrum.

Reliance Jio, during its 43rd Annual General Meeting (AGM), has announced that it has developed 5G solutions for mobile networks. The company has revealed that it is ready to deploy the 5G services in India once the Indian government gives a nod.

Mukesh Ambani during the presentation revealed that Jio has developed a 5G network solution from scratch. He added that the latest 5G network solution has been developed by the company’s engineers and it has eliminated the need for the company’s dependence on third-party vendors like Huawei. The company has confirmed that the technology is ready for trials as soon as the Indian government opens the auction for 5G spectrum. The company further added that the technology is ready for field deployment by next year.

The company says that it can upgrade its current 4G networks to 5G once the spectrum is available in India. This means that Reliance Jio users will see a seamless transfer from 4G to 5G networks with this announcement. The company also revealed that it will push 5G smartphones in the country as well.

Meanwhile, Reliance Jio Platforms has partnered with Google to launch a new entry-level smartphone in India. The company has revealed that the upcoming smartphone will provide optimised Android experience. With this partnership, Google and Reliance Jio will develop an entry-level affordable smartphone with optimizations to the Android operating system and the Play Store.