Redmi launched the Writing Pad a few weeks back but can its alternatives provide a better value? Let’s take a look. 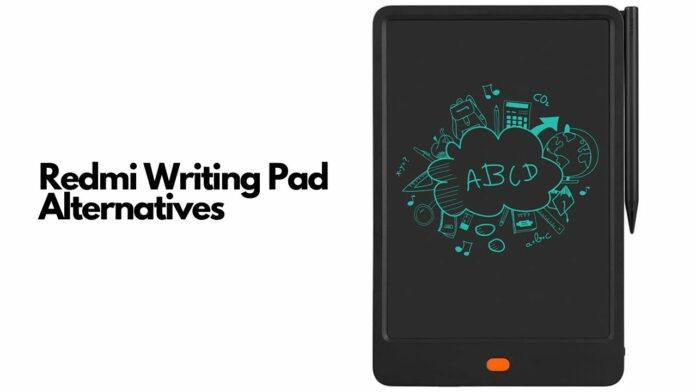 Redmi recently launched a new product in India called the Redmi Writing Pad. It is a digital portable notepad on which you can take notes and make doodles. The device does not emit light and prevents eye fatigue after extended use, as per what Xiaomi says. Moreover, it also has a stylus support that can be latched to the side of the pad. Priced at just Rs 699, the writing pad from Redmi seems like a good deal for what it offers but does it have any affordable alternatives that are worth considering? Let’s take a look.

RuffPad 12E further comes with an Anti-Erase Lock button that helps you save your creations and prevents accidental deletion of your written/drawn contents or drafts. There’s a separate housing for the stylus at the top instead of the magnetic connector in Redmi Writing Pad. Even though its priced cheaper, the Portronics Ruffpad 12E provides not only a similar set of features as Redmi’s device but also has a bigger 12-inch screen instead of an 8.5-inch one that lets you fit more content.

One of the other alternatives to the Redmi Writing Pad is the Bestor Portable Ruff 12. It has a bigger 12-inch screen same as the Portronics Ruffpad, and is priced at Rs 599. This is again considerably bigger than Redmi’s Writing Pad. It also has the same pressure-sensitive LCD display, lock/unlock feature and a battery that can be used at least 9 months. You can also erase your image or words with only a touch of a button, similar to the Redmi Writing Pad.

One of the most cheapest alternatives to the Redmi Writing Pad is this Ciern Slate which is priced at Rs 289 on Amazon India and has an 8.5-inch LCD panel with pressure-sensitive technology where you can draw lines of different thicknesses through different pressure levels.

It has the One-touch Erase Button & Lock function, the same as the Redmi Writing Pad. The drawing pad can be repeated to use at least 1,00,000 times. Moreover, the company says that this pad has an eye-protection colour screen with no blue light, no glare, avoiding injury to the eyes from long-term use. The pad also has a replaceable battery.

So these were the top 3 alternatives to the Redmi Writing Pad, which in our opinion, provide a better value for their cheaper price tag. The only missing feature on these pads is the magnetic attachment for the stylus pen. However, that shouldn’t be an issue for most considering a dedicated slot for pen placement is slightly more secure.