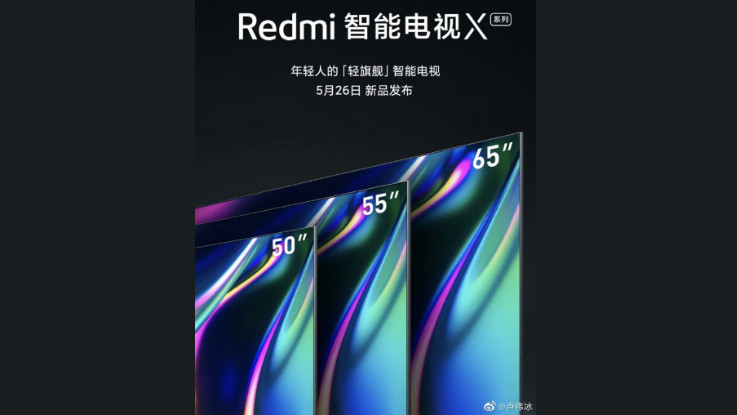 The new Smart TVs will be introduced alongside the Redmi 10X smartphone.

Xiaomi’s sub-brand Redmi has announced that it will be launching its new Redmi TV X-series of Smart TVs in Chian on May 26. The new Smart TVs will be introduced alongside the Redmi 10X smartphone.

That being said, the upcoming Redmi TV X-series will give a stiff competition to the Realme TV that is scheduled to launch on May 25. It would be interesting to see what both the Smart TV series from the companies have to offer and the pricing will be again the differentiating factor here.

Meanwhile, Xiaomi has also revealed that the Redmi 10X smartphone will be launched in China on 26th May. he announcement was made by Lu Weibing, General Manager of the Redmi brand and President of Xiaomi China. He also confirmed that the upcoming 5G smartphone in the new X series will be powered by Dimensity 820 5G chipset. Along with that, the company has also confirmed four colour options – White, Blue, Gold, and Purple. The company has also revealed that the smartphone has scored 415,672 points in AnTuTu benchmark.