The new variant will go on sale in the Malaysian market starting August 3.

Xiaomi has launched a new Redmi 9C with 4GB RAM and 128GB storage in Malaysia. The company earlier launched 2GB/3GB of RAM and 32GB/64GB of storage variants in Malaysia last year.

The 4GB RAM and 128GB storage variant of the phone is priced at RM499, which is approx. Rs 8,780. The new variant will go on sale in the Malaysian market starting August 3. It comes in Blue and Orange colours.

The phone has 2GB of RAM and 32GB of internal storage, which can be expanded up to 512GB via a microSD card slot. A 5,000mAh battery backs the phone and it has a fingerprint sensor, IR blaster, USB Type-C port, and fast charging support.

There is a triple camera setup with a 13-megapixel rear camera with LED flash, 5-megapixel ultra-wide-angle lens and 2-megapixel depth sensor. For the front, there is a 5-megapixel camera for selfies.

On the software side, the phone is shipped with MIUI 12 based on Android 10 out of the box. In addition, there are connectivity features like Dual 4G VoLTE, Wi-Fi 802.11 b/g/n, Bluetooth 5, GPS + GLONASS, USB Type-C.

In related news, RedmiBook laptop is going to launch in India on August 3. The laptop could launch with a price tag of under Rs 50,000. Xiaomi has already confirmed that the RedmiBook will be available to purchase in the Charcoal Grey colour option.

It should sport a 15.6-inch FHD display. The panel is likely to be an LCD one. The Intel 11th Gen Core i3 and Core i5 processor options could be paired with 8GB of RAM. 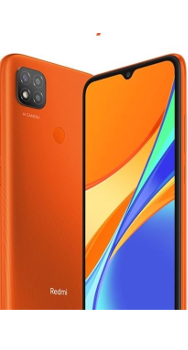