Realme TV design, key details confirmed on Flipkart ahead of May 25 launch 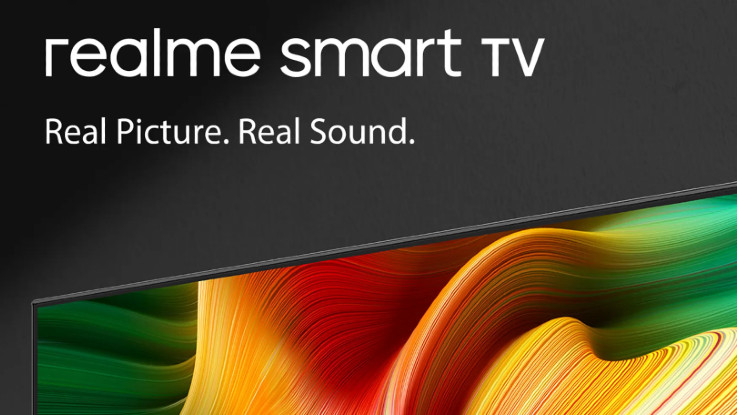 The e-commerce platform has made a dedicated page of the Realme TV that reveals some key information.

Realme has confirmed that it will be launching its first Smart TV, Realme TV on May 25. Now, we are heading towards the launch, key details of the Realme TV have been confirmed via Flipkart.

The e-commerce platform has made a dedicated page of the Realme TV that reveals some key information. The listing says that it will be known as Realme Smart TV and it comes with a borderless design. The Smart TV comes loaded with Chroma Boost Picture Engine that it claims will bring ‘stunning visuals’. The Realme TV will be loaded with up to 400nits brightness, which is claimed to be 20 per cent brighter than average (in the same segment).

The Realme TV will be powered by a 64-bit quad-core MediaTek processor with ARM Cortex-A53 cores and Mali-470 MP3 GPU. In terms of audio, the Realme TV will be loaded with 24W stereo speakers and it will be loaded with four speakers to provide a cinematic surround sound experience. It will feature Dolby Audio as well. The Smart TV will come with Realme Smart, which could be a new operating system for Smart TV. The page reveals that the Realme Smart will be revealed on May 20.

Earlier, we exclusively reported the pricing of Realme TV. The Smart TV is expected to launch three smart TV variants in India. The Realme TV 32-inch is priced at Rs 10,000 (approx.), the 43-inch model will be approximately priced at Rs 19,990 and the 55-inch model price is not available at the moment.