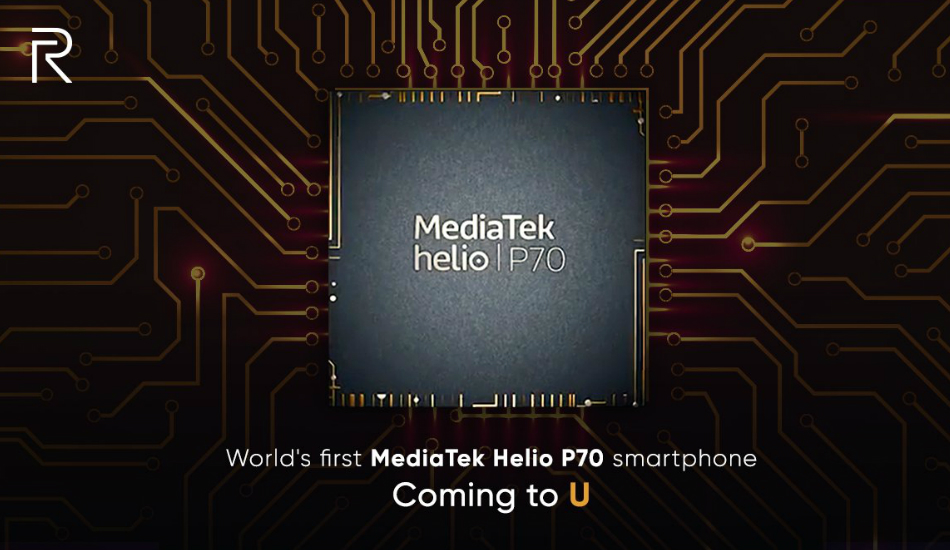 The news comes as a tweet from Realme’s official handle which stated that it's bringing the world’s first MediaTek Helio P70 smartphone through an all-new U series product. The U-series will be Realme’s third lineup after the Realme 1, 2, 2 Pro under the numbered series and Realme C1 as the entry-level lineup.

Having already confirmed that it would be bringing an all-new series powered by the MediaTek Helio P70, Realme has now announced that it will soon unveil a new U-series smartphone in India.

The news comes as a tweet from Realme’s official handle which read “Realme is bringing to you world’s first MediaTek Helio P70 smartphone with our brand-new U series product”. The U-series will thus be Realme’s third lineup after the Realme 1, 2, 2 Pro which comes under one lineup and the Realme C1 which is positioned in the entry-level segment.

Yes, it’s coming. #Realme is bringing to you world’s first #MediaTekHelioP70 smartphone with our brand-new U series product. Are U excited? @MediaTek pic.twitter.com/87xBltHsdo

This means, Realme will sell its numbered lineup as its most priced ones and a MediaTek-powered smartphone will see the light of the day in Realme’s mid-range catalogue. The U-series smartphone can thus be expected to be priced somewhere between the Realme C1 and Realme 2.

The Helio P70 was unveiled by MediaTek last month, as a successor to the Helio P60 SoC with advanced AI capabilities, support for better cameras, faster data connectivity, an overall improvement in performance and battery consumption. The chipset is based on the latest TSMC 12nm FinFET production process and offers 13 percent better performance, support for taller 20:9 Full HD+ displays at a resolution of 2160 x 1080 pixels, a 3X boost in depth-mapping performance and 90fps video recording at 16 megapixels.

November has seen a lot of things happening for the ex-subbrand of Oppo as the company just entered the offline domain in the Indian market and also hiked the prices of its smartphones. The company revealed their new logo yesterday as part of a new visual identity and its vision of being ‘Proud to be Young’.