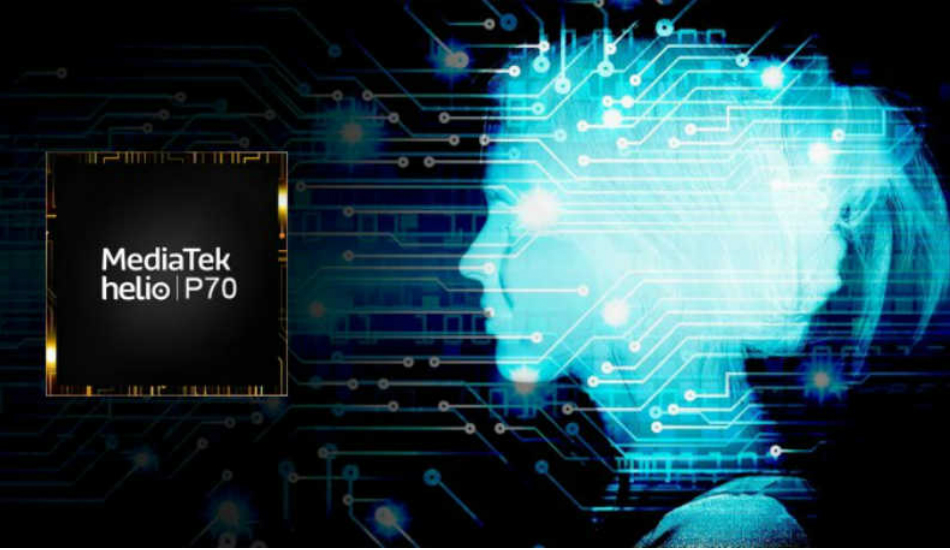 A day after Qualcomm revealed the Snapdragon 675 mobile platform, MediaTek has announced its latest take on mid-range processors with the launch of the Helio P70 chipset. The successor to the Helio P60 SoC brings with its advanced AI capabilities, support for better cameras, faster data connectivity, an overall improvement in performance and battery consumption.

The Helio P70 uses a CorePilot 4 technology which assigns tasks between processing resources for a faster user experience. There’s now an improved Multi-Core AI processor that operates at up to 525MHz with MediaTek NeuroPilot enhancements. The AI engine offers up to 30 percent better processing with the ability to support complicated AI applications like human pose detection. With significance given to gaming, the P70 offers a 7 percent boost in performance by reducing the power consumption by 35 percent as compared to the P60.

The latest MediaTek chipset also offers improvement in photography with a 3X boost in depth-mapping performance and support for 24fps visual bokeh previews. The Helio P70 will be able to process RAW HDR images with accurate AI facial detection with intelligent scene detection and can process shots to JPEG format at a 20 percent faster rate. The chipset will also be able to support 90fps video recording at 16 megapixels or 30 fps clips at 32 megapixels.

There’s a new 4G LTE WorldMode Modem that enables the use of popular VoLTE and ViLTE services through dual 4G support. Even with 4G LTE on one sim, the second SIM will equip faster data connectivity, better coverage and lower power consumption. Call sound quality, peak download speeds up to 400Mbps and a faster call setup can also be expected to be improved.