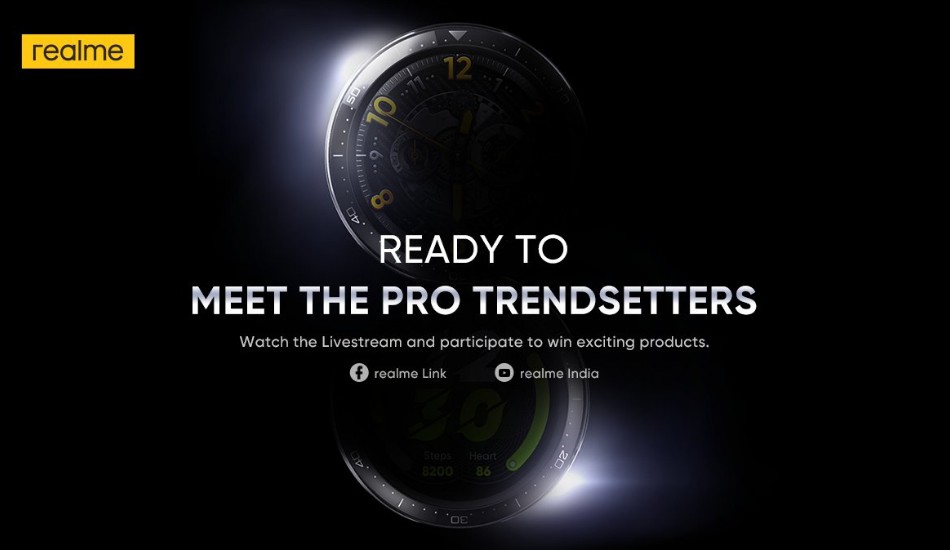 Realme has teased the India launch of its premium high end smartwatch, the Realme Watch S Pro along with the regular Realme Watch S.

Realme has started teasing the India launch of its Realme Watch S Pro and Watch S. The teasers have been shared on Twitter by Madhav Seth, CEO of Realme India and Europe along with the company itself.

The teaser shared by the company shows two watch dials suggesting the launch of both the watches. The Watch S Pro is not available in any part of the world which means India will be the first country to witness the watch. 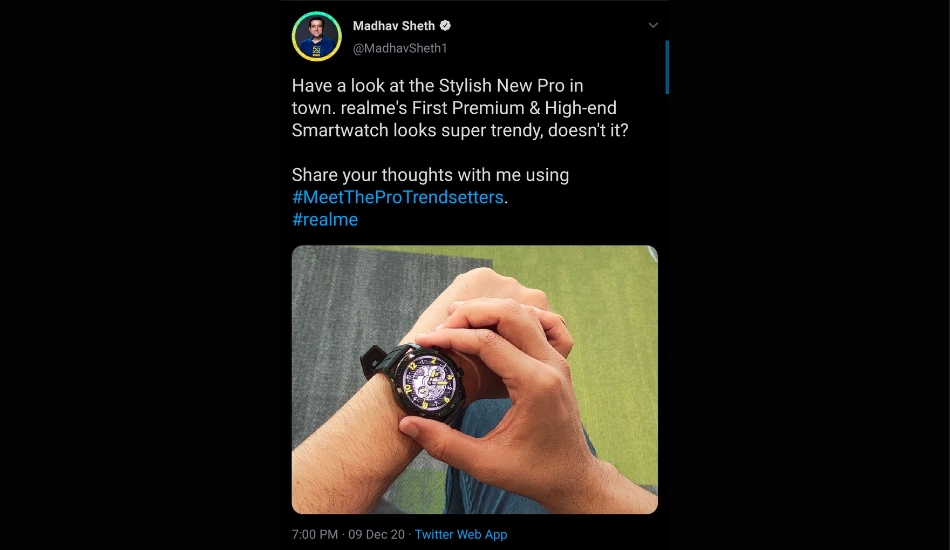 The Realme Watch S on the other hand is already available in Pakistan and Europe. Madhav also posted a picture on Twitter, sporting the Watch S Pro and says that it will be the company’s “first premium and high-end smartwatch”. 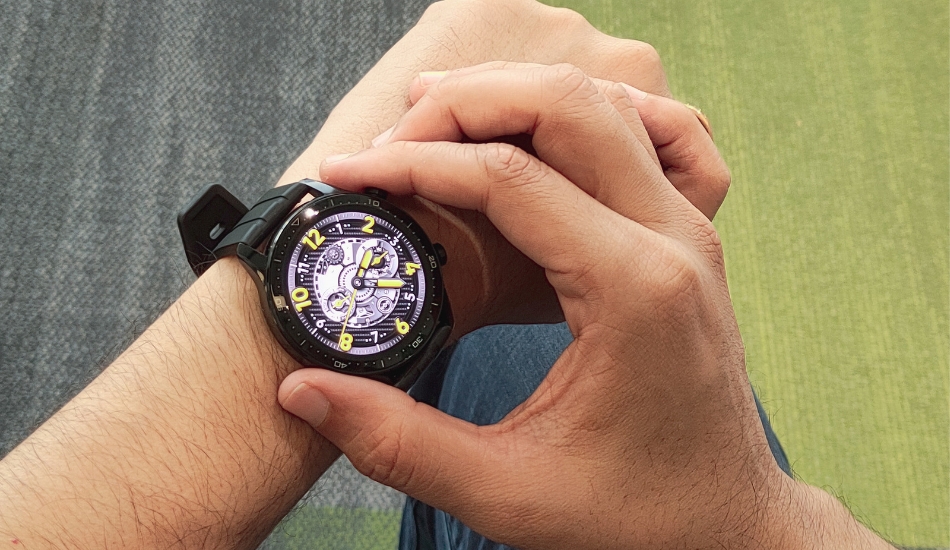 We got a first glimpse of the Realme Watch S Pro back at IFA 2020. The Watch was said to be revealed later this year and it seems the time has come for the watch to be released first in India. The company also confirmed at the IFA 2020 event that the Watch S Pro will have a circular dial and an AMOLED display.

Later, a FCC listing suggested that the Watch will have a 1.39-inch AMOLED display and will be backed by a 420mAh battery. The Watch is also said to have features like distance tracking, calorie measurement, and dynamic heart rate monitoring, etc. It should also have an automatic activity tracker along with sleep tracking functionality. 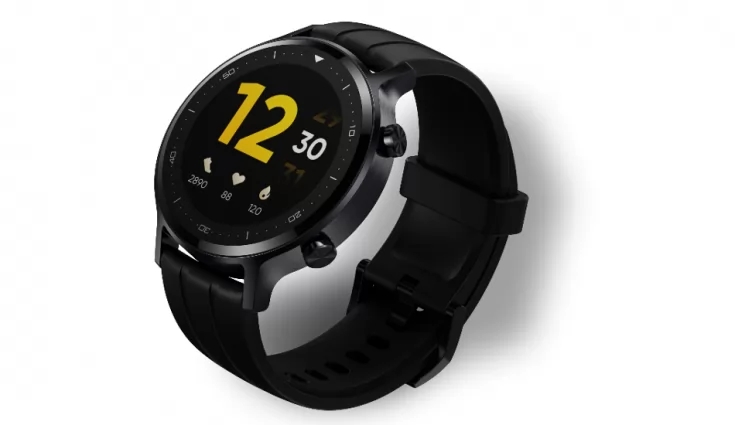 The Realme Watch S that was launched in Pakistan is priced at 14,999 PKR in which is approx. Rs 7,000. It comes in a single black circular dial with orange, blue and green strap colour options to choose from.

The smartwatch is loaded with a real-time heart rate monitor and sleep detection. It comes with a SpO2 sensor that monitors blood oxygen level. It supports Bluetooth 5.0 to connect to Android 5.0+ devices with Realme Link app.

Realme Watch S comes equipped with a 390mAh battery pack that should last up to 15 days on a single charge.