Realme is all set to launch the new Smart TV X Full HD in India on April 29. 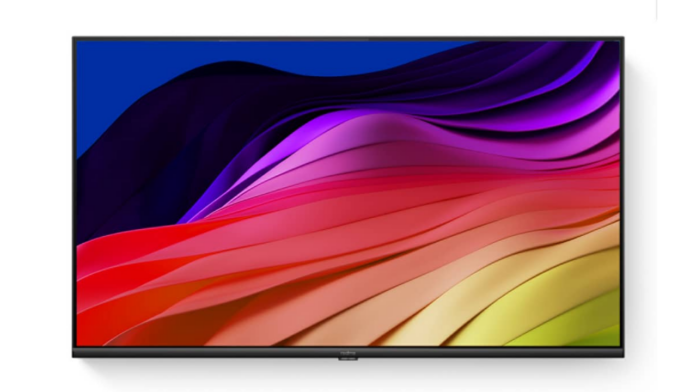 Realme is hosting an event on April 29 in India for the launch of Realme GT Neo 3 and at the same event, the brand will also launch a TV called the Smart TV X Full HD. Apart from the launch date, the brand has also revealed some of the key features of the Smart TV such as its speaker setup, RAM & chip details along with the features of the display.

Realme Smart TV X Full HD will be offered in two sizes namely 40-inch and 43-inch. As the name suggests, it will have an FHD resolution. The panel will have support for HDR10 and HLG HDR formats. It will also feature the brand’s ‘Chroma Boost Picture Engine’ display profile. As for the design, there will be bezel-less design with the bezels measuring just 5.76mm.

The television will be powered by a Quad-core Mediatek SoC paired with 1GB RAM and 8GB internal storage. This chip will consist of a ARM Cortex-A55 CPU and an ARM Mali-G31 GPU. While there’s no confirmation about the software on which the TV will run on, we can assume that it would be Android TV. As for audio, it will arrive with Dolby Audio-supported 24W quad-speaker system.

Talking about the other product that will launch on April 29, the Realme GT Neo 3 should sport a 6.7-inch FHD+ AMOLED display with a 120Hz refresh rate, a 1000Hz touch sampling rate, 10-bit colour, and a punch-hole cutout for the selfie snapper.

Additionally, the handset is powered by the latest MediaTek Dimensity 8100 chipset paired with Mali G610 GPU and up to 12GB RAM. As for the optics, the Realme GT Neo 3 has triple cameras on the back, including a 50MP Sony IMX766 primary sensor with OIS, an 8MP ultrawide lens, and a 2MP macro sensor.