Realme confirmed that the GT Neo 3 will launch in India on April 29 and in two charging variants. 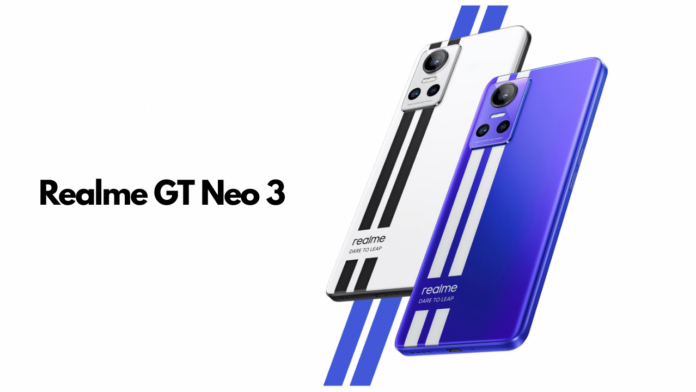 Where Realme confirmed a while back that it will soon be launching the Realme GT Neo 3 in India, the company has announced a concrete date for the launch event which is now set for April 29. Apart from that, Realme Vice President also confirmed that the device will arrive in two variants in India with two charging speed options.

Realme Vice President, Madhav Sheth, in a new episode of AskMadhav revealed that the GT Neo 3 150W fast charging variant will launch in the Indian market. This means we can expect the company to launch both 80W and 150W charging variants in the country. The Realme GT Neo 3 India launch is set just a day after the launch of OnePlus 10R both of which are expected to be similar devices.

Realme GT Neo 3 was announced in China in March with a 6.7-inch FHD+ AMOLED display with a 120Hz refresh rate, a 1000Hz touch sampling rate, 10-bit colour, and a punch-hole cutout for the selfie snapper. The handset is powered by the latest MediaTek Dimensity 8100 chipset paired with Mali G610 GPU, up to 12GB RAM and up to 256GB storage that is further expandable via a microSD card.