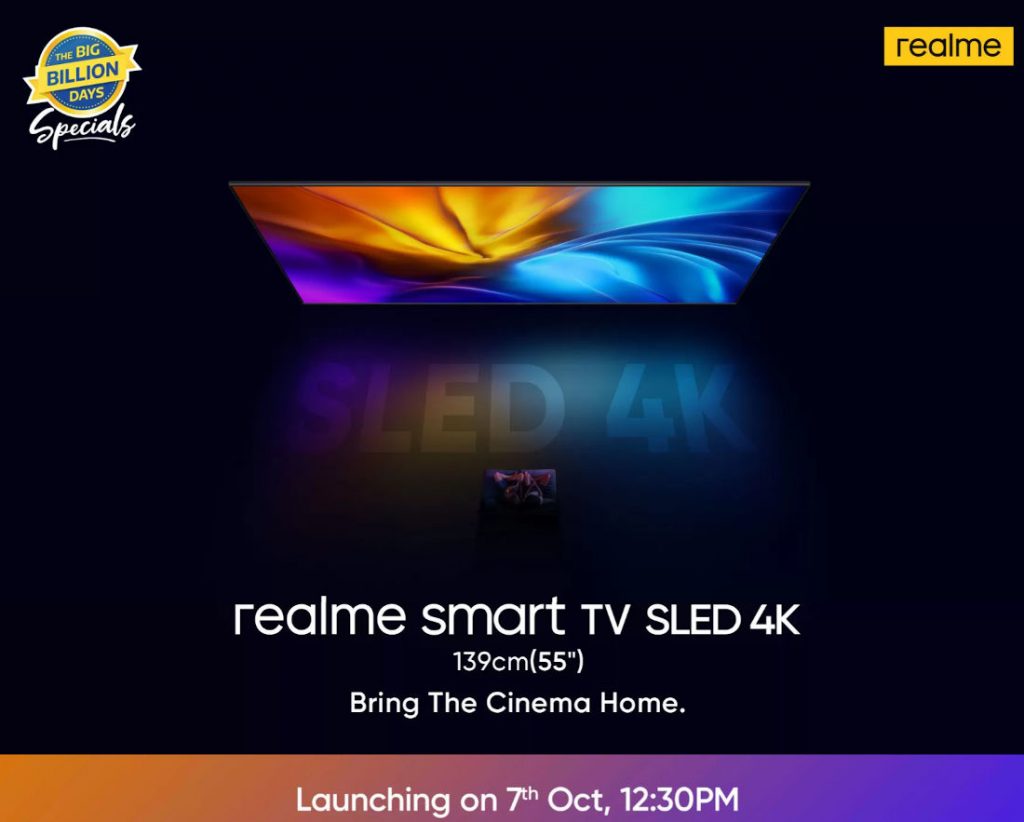 The SLED technology will debut on a 55-inch TV with a 4K resolution.

Realme has announced that it will launch Realme Smart TV SLED 4K in India on October 7. The TV will be available on Flipkart during Big Billion Days sale.

As per a tweet by known tipster Ishan Agarwal, the Realme Smart TV SLED 4K with 55-inch display could be priced at Rs 69,999.

The SLED technology will debut on a 55-inch TV with a 4K resolution. It will be the world’s first SLED 4K smart TV and will offer high colour accuracy along with better eye care. The SLED Display Technology is co-developed by Realme and John Rooymans, Chief Scientist of SPD Technology (Spectral Power Distribution).

As for Realme, the Realme Smart TV will have 108 percent coverage of the NTSC colour gamut and TUV Rheinland Low Blue Light certification. The company claims that the NTSC value of SLED is much better than standard LEDs and even some QLEDs, allowing the TV to deliver more colours.

Realme SLED 4K Smart TV uses RGB backlighting Technology where the RGB light (Red, Green, and Blue) is used for creating the White light. While most LED TVs including QLED use a blue backlight which is then turned to white, Realme SLED uses RGB for the initial stage, hence reducing the harmful effects of blue light and providing higher color purity.

Realme entered the TV segment earlier this year with the launch of Realme Smart TV. It comes in 32-inch (HD) and 43-inch (full-HD) sizes at a starting price of Rs 12,999.