Realme Q3t has been launched in China. The phone comes with a 48MP triple rear camera setup and 16MP front shooter. 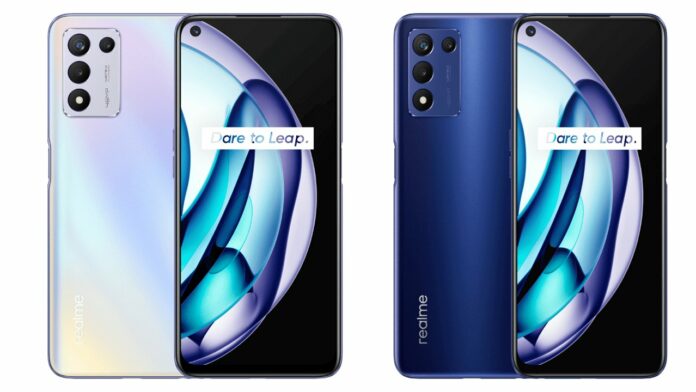 Realme has announced another Q-series phone called the Realme Q3t in China. The device comes with a 6.6-inch 144Hz display, Snapdragon 778G SoC, a triple camera setup, Android 11 and a 5000mAh battery. In addition, the smartphone brings with it access to cloud apps, cloud games, cloud videos, cloud VR, and more.

Realme Q3t has been announced in single storage that is 8GB + 256GB. It is priced at 2,099 Yuan (approx Rs. 24,315). It comes in Nebula and Night Sky Blue colour variants. It is currently available for purchase via Realme’s China website.

Further, it is powered by an octa-core Qualcomm Snapdragon 778G SoC with 8GB of LPDDR4x RAM and 256GB of UFS 2.2 internal storage. It supports microSD card up to 1TB as well.

The phone also supports 5GB of Virtual RAM. For optics, the new Realme phone sports a triple rear camera setup. It comes with a 48-megapixel primary camera, 2-megapixel depth sensor and a 2-megapixel macro lens. For selfies and video calls, the device uses a 16-megapixel shooter. The main camera is said to allow capturing images from as close as 4cm.

Realme Q3t packs a 5,000mAh battery with 30W fast charging. As for software, the handset runs Android 11 with realme UI 2.0 out of the box.

Connectivity options include 5G, Dual-Sim, Wi-Fi 802.11ac, Bluetooth 5.1, GPS, and more. Additionally, the phone has a USB Type-C port and a 3.5mm headphone jack as well. The phone also comes with a side-mounted fingerprint sensor.