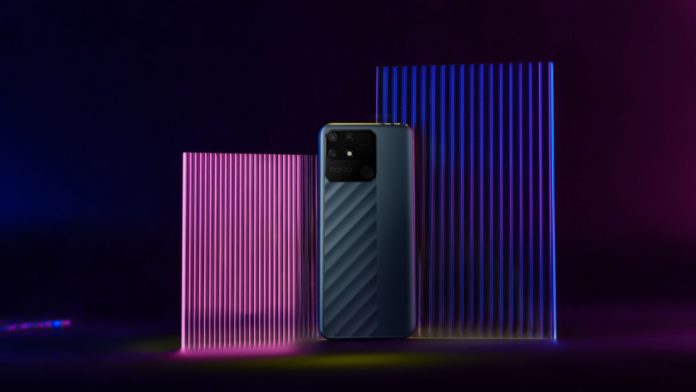 Realme unveiled a bunch of products today at its launch event including the Realme Narzo 50A, Narzo 50i, Realme Band 2 and the Smart TV Neo 32″. The Narzo 50A comes with a MediaTek Helio G85 gaming processor & 50MP AI Triple Camera. The Narzo 50i on the other hand comes with a UNISOC 9863 SoC.

Realme Narzo 50A sports a 6.5-inch HD+ (720×1,600 pixels ) display with 20:9 aspect ratio and 88.7 percent screen-to-body ratio. It has a water-drop style notch housing the front camera. The phone is powered by a MediaTek Helio G85 SoC coupled with an ARM Mali-G52 GPU and 4GB RAM. There’s up to 128GB of internal storage with a dedicated microSD card slot up to 256GB.

The Realme Narzo 50A is backed by a 6,000mAh battery with 18W fast charging support. Connectivity options include USB Type-C port, dual-band Wi-Fi, GPS, Bluetooth 5.0, and dual-SIM slots. The smartphone runs on Realme UI 2.0 based on Android 11.

The Narzo 50i on the other hand has a 6.5-inch display with 89.5 percent screen-to-body ratio. It is powered by a Unisoc 9863 SoC paired with up to 4GB RAM and up to 64GB of inbuilt storage, expandable up to 256GB using a microSD card slot.

Cameras on the rear include an 8-megapixel f/2.0 AI rear camera and a 5-megapixel f/2.2 AI selfie camera. Realme Narzo 50i is equipped with a 5,000mAh battery that claims to offer 43 days of standby time.

It also features a built-in PPG optical heart rate sensor that measures heart rate every 5 minutes. It also comes with sleep tracking technology as well as the Idle Alert feature that reminds users to move or take a walk. Further, there is SpO2 blood oxygen monitor as well.

The Realme Band 2 comes with 15 sports modes upgradeable to 90 sports modes after an OTA update. These include walking, running, cycling, swimming, etc. It comes with 5ATM water resistance.

The wearable can receive almost all app notifications and show some corresponding icons including Facebook, WhatsApp, Instagram, Twitter, TikTok, YouTube, Messenger, SMS and more. As for battery life, a 204mAh battery powers the band, which the company claims can offer up to 12 days of battery life.

Realme Smart TV Neo 32”, realme’s entry-level Smart TV comes with bezel-less design. The realme Smart TV Neo 32” features a MediaTek processor that is based on a quad-core 64-bit architecture. It is also equipped with two Dolby Audio enabled speakers with a total power of up to 20W.

It also comprises CC Cast, through which users will be able to cast content from other devices. It supports 2.4GHz WiFi which enables the TV to be wirelessly connected. The Smart TV also consists of multiple connectivity and ports to connect the PC/laptop to use a bigger screen to work, and viewing the content via USB. 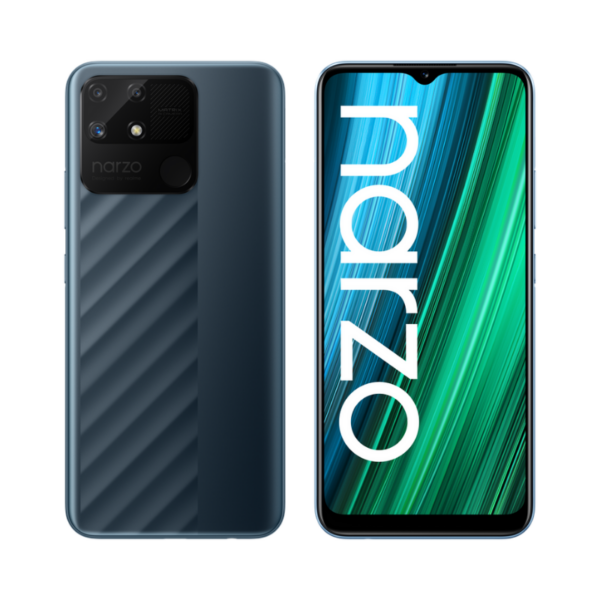 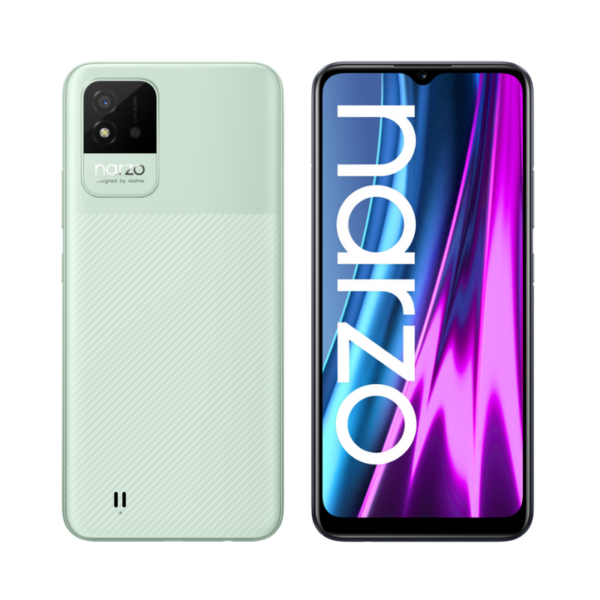