Realme Narzo 50 India launch teased, to be available on Amazon

Realme Narzo 50 will be launched soon in India. We can expect the phone to launch in the coming days in the Indian market. 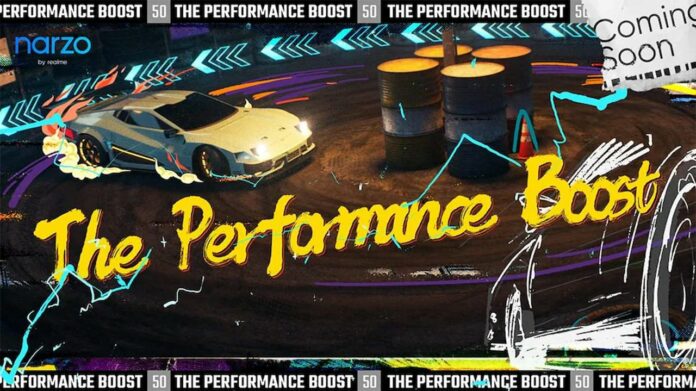 Realme is gearing up to add a new smartphone in its Narzo series in India soon. Called Realme Narzo 50, the phone will be available on Amazon after its launch.

On its official Twitter handle, Realme India has teased the upcoming launch. However, the tweet does not reveal the exact launch date. Take a look at the teaser below:

Further, the tweet also confirms that the phone will be available for purchase via Amazon India. A microsite is now live on the e-commerce platform for the same. Realme Narzo 50 will be the third Realme smartphone under the Narzo series after the Narzo 50A and Narzo 50i in India.

For the specs, the rumours say that the phone will feature a triple camera setup at the rear with a 50MP primary sensor. It will pack a 5000 mAh battery with 33W fast charging support via a USB Type-C port. In addition, the phone is also said to feature a MediaTek Helio G96 SoC up to 6GB of RAM.

Apart from Narzo 50, Realme is also looking to launch Realme C35 and Realme C31 smartphones in India. Realme C35 will come in two storage variants in India but both will be have 4gB RAM.The base model will have 64GB storage and the other variant will come with 128GB storage. The phone will come in two colours – Glowing Black and Glowing Green.

For the Realme C31, the leak tells us that it will come in two variants. There will be 3 GB RAM + 32 GB storage and 4 GB RAM + 64 GB storage options in India. The phone will come in Dark Green and Light Silver colour options.