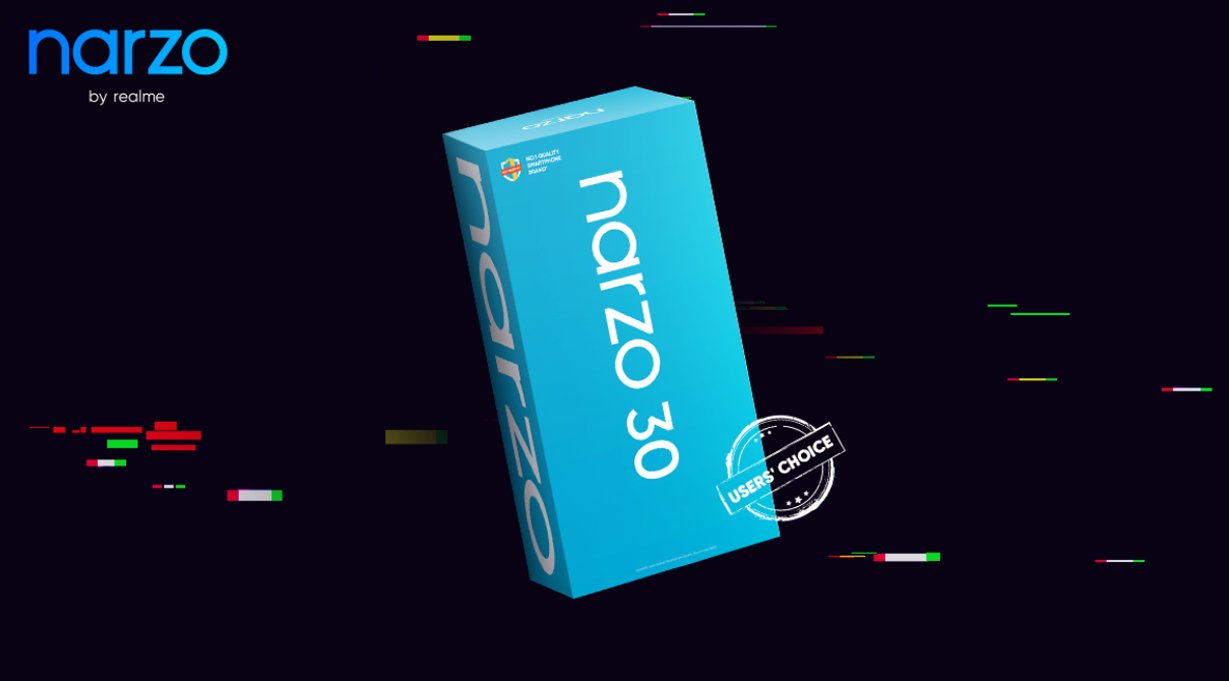 One of the Realme Narzo 30-series phones will have 5G support.

Today, Realme India CEO Madhav Sheth has shared an image to confirm the retail package design for the upcoming Narzo 30 and said More than 15,000 Gaming Enthusiasts voted for their favourite Narzo smartphone box. The box design is Sky Blue in colour with Narzo branding on the side.

In a separate tweet, he revealed the brand has sold over 3 million affordable Narzo phones. Last week, posted a survey on its community regarding the packaging of the upcoming Narzo 30 series.

A Realme phone with RMX3161 model number was spotted on China’s TENAA certification platform recently. The phone sports a triple camera setup on the back while there’s a punch-hole style front camera for the selfies. There’s also a fingerprint sensor that is integrated into the power button itself.

The TENAA listing revealed that the device comes with a 6.5-inch display and measure 162.5 x 74.8 x 8.8 mm. It is backed by a 4,880mAh battery and it runs to Android 11 OS. The device should support 5G connectivity along with dual-SIM functionality.