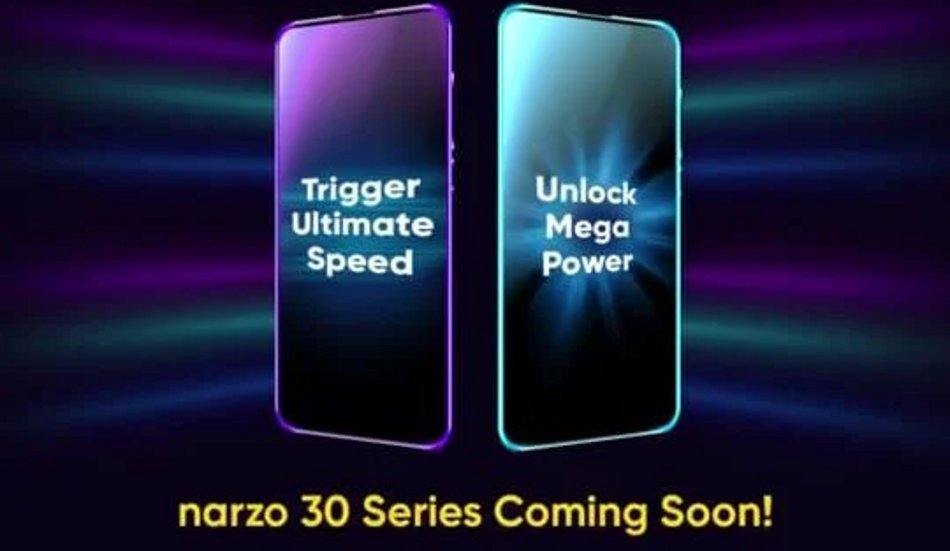 Realme Narzo 30 series is expected to be launched in India later this month. Now ahead of the launch, Flipkart has put up a microsite teasing the upcoming launch. This confirms that the upcoming Realme lineup will be available on the e-commerce site upon its launch in India.

Meanwhile, Madhav Sheth, Vice President and CEO, Realme India & Europe has posted an image on Twitter. He is holding the Narzo 30 Pro 5G phone and also the box of the phone. 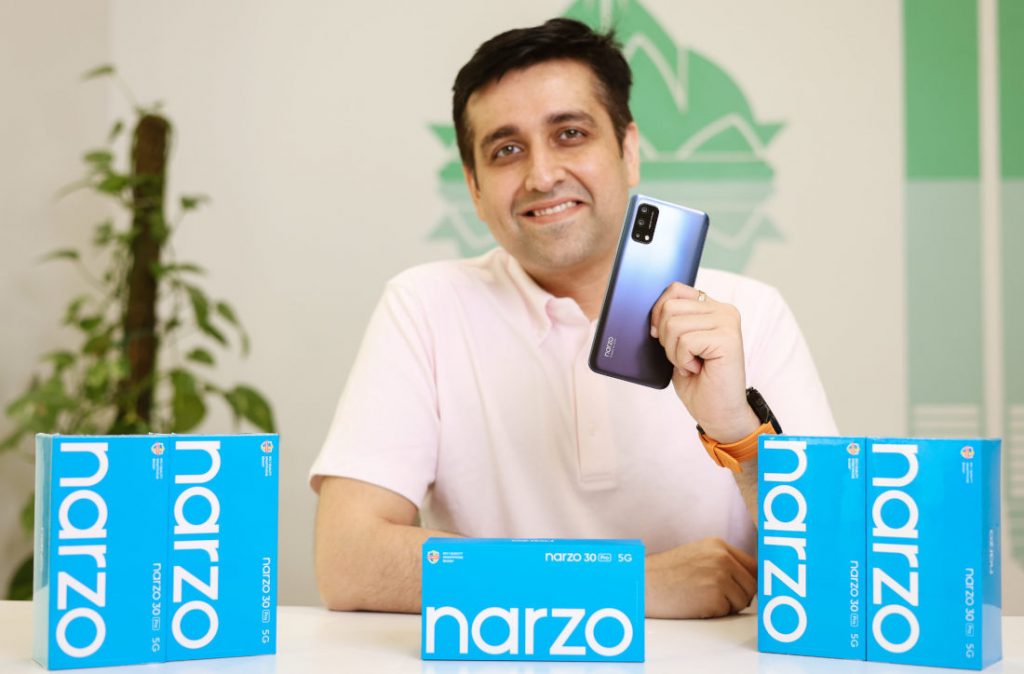 The phone is said to come with 120Hz refresh rate. The smartphone will also feature a punch-hole display and vertically stacked rear cameras. It will come in two colour variants – blue and grey.

A Realme phone with RMX3161 model number was spotted on China’s TENAA certification platform recently which is said to be Realme Narzo 30 Pro 5G.The TENAA listing revealed that the device comes with a 6.5-inch display and quad rear cameras. It also reveals Android 11 with realme UI 2.0 out of the box. The phone will measure 162.5×74.8×8.8mm. It is backed by a 4,880mAh battery.

In addition to the Narzo 30 smartphones, Realme is also expected to launch the Buds Air 2 in India on the same day. Realme Buds Air 2 was recently teased by company CEO. The video shared by Sheth on Twitter lasts 45-seconds and shows off the active noise cancellation feature where the buds cancels outside noise so it doesn’t reach your ear.