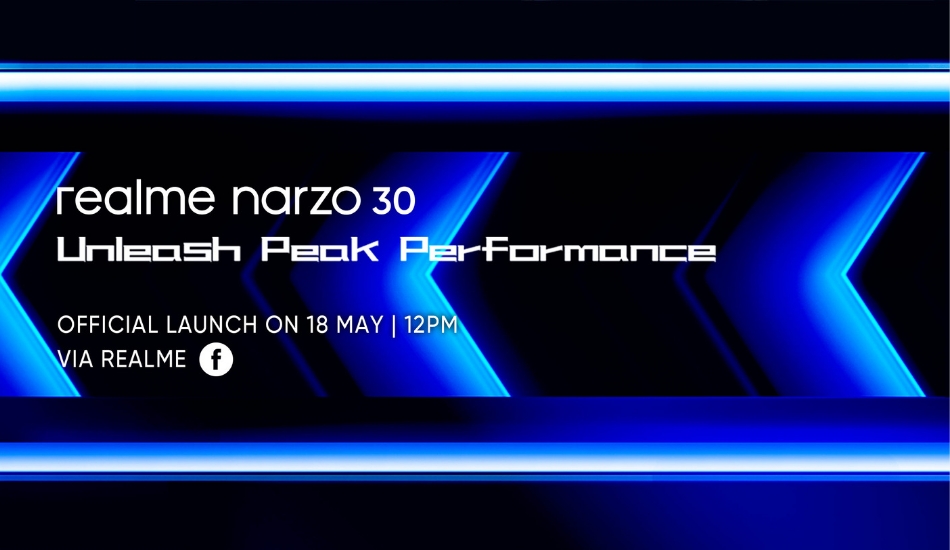 Realme Malaysia has confirmed it is launching the Narzo 30 smartphone in the region on May 18.

Realme is set to launch the third smartphone under the Narzo 30 series which will be the Narzo 30. Realme Malaysia announced that the smartphone will launch in the region on May 18. The launch will take place at 12pm (noon) MYT (9:30am IST).

Realme also posted a teaser for the smartphone on its Malaysian Facebook page which suggests the phone will be equipped with a MediaTek Helio G95 chipset. The same was also spotted in a Geekbench listing last month which also suggested the smartphone will have 6GB of RAM and will run Android 11 out-of-the-box, most likely based on Realme UI 2.0.

Separately, a YouTube channel by the name Marc Yeo Tech Review has shared a video of him going hands-on with the Narzo 30. The video reveals the design of the phone with an arrow-like design on the back and also confirms some of the other specifications.

Per the video, the phone will have a 90Hz display and will feature a 5000mAh battery that could charge at 30W speeds. Apart from that, it will have 6GB of RAM which again stands in line with the Geekbench listing and will have 128GB of storage.

It seems to have a triple rear camera setup with a 48-megapixel primary sensor along with Android 11 based on Realme’s own UI. The phone is rumoured to have a 16-megapixel selfie cam and is set to feature 4G connectivity per leaks.

However, Realme India CEO Madhav Sheth confirmed the Narzo 30 will also have a model that will support 5G. Realme hasn’t made any revelations about the launch of the smartphone in Indian market.