Realme GT Neo 3 Naruto edition is expected to be launched in India soon. It comes in a single 12GB+ 256GB variant. 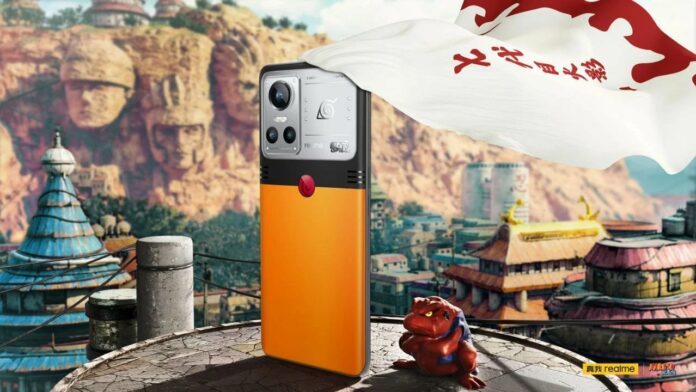 Tipster Abhishek Yadav has claimed that Realme GT Neo 3 Naruto Edition will make its debut in India. However, he did not reveal an exact launch date. The specifications of the smartphone are the same as the Realme GT Neo 3, but the skin is different.

Realme has collaborated with a popular Japanese series of anime and manga named Naruto. The new edition brings a dedicated Naruto-based theme which is a popular animated character. Realme has used new colour tones for this special edition variant with Ninja-theme of the Naruto manga anime.

The Naruto branding is inscribed at the bottom right of the large camera module at the top of the phone. Notably, the camera module is also designed differently with a greyish metallic finish. In addition to the changed design language, the new GT Neo 3 special edition phone also comes with Naruto-inspired accessories as well. There is a limited edition Hokage inspired Power adaptor with the new edition.

The Realme GT NEO 3 150W Thor: Love and Thunder Limited Edition comes in a single 12GB +256GB storage variant. It is available in blue and can be purchased from Flipkart, realme.com and realme stores.