Realme C35 to be announced on February 10

Realme C35 will be launched in Thailand on February 10, The company revealed this info on its Facebook and Instagram handles. 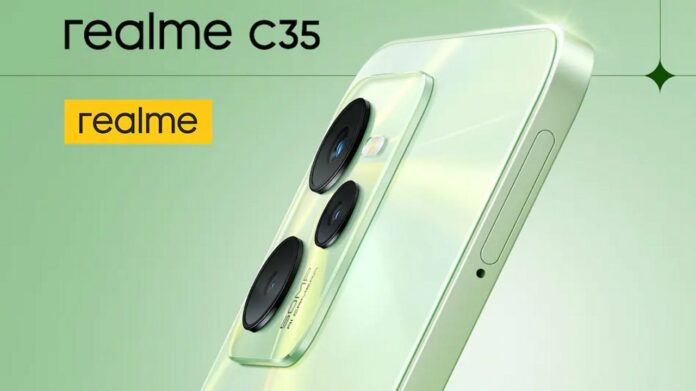 Realme has started teasing the launch of Realme C35. The phone will be launched on February 10 in Thailand. Realme C35 is the successor of Realme C25 which was launched last year in India.

The company has announced the launch date via its social media handles. As per Realme’s posts on the Facebook and Instagram accounts, the Realme C35 will make its debut in Thailand on February 10. In addition, Realme will be livestream the launch on its Facebook page.

As per the teaser shared by the company, the upcoming Realme phone will come in Black and Green colours. It also reveals a UNISOC T616 12nm SoC, a side-mounted fingerprint scanner and a 3.5mm audio jack. It will pack a 5,000mAh battery with support for 18W fast charging.

Meanwhile, tipster Sudhanshu has leaked the specs of the Realme C35. Have a look at his tweet below:

As per the leak, the phone will come with a 6.6-inch full HD display. It will be powered by the Unisoc T616 chipset. There will be two storage memory configurations – 4GB + 64GB and 4GB + 128GB.

It will be packed with a 5,000mAh battery with 18W fast charging support. further, the phone will run Android 11, the leak suggests.

Lastly, the phone will be reportedly priced at around THB 5799 which translates to approx. Rs 13,150.