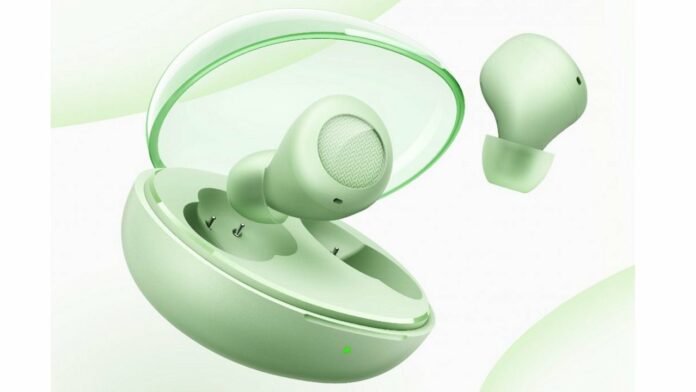 Realme GT Neo 3 will be launching in India on April 29. Now alongside, Realme Buds Q2s TWS earphones are also tipped to launch in the country.

Tipster Mukul Sharma (@stufflistings), in collaboration with Pricebaba has revealed that Realme will launch Realme Buds Q2s earphones in the Indian market soon alongside Realme GT Neo 3. We have now got official launch date of the phone. So we can expect the TWS to launch on April 29 in India.

Realme Buds Q2s TWS earphones were announced with Realme V25 smartphone in China last month. They are priced at CNY 199 (2,385 approx.). It comes in Paper White and Paper Green colours.

Meamwhile, Realme GT Neo 3 launch event is now set for April 29. Realme Vice President, Madhav Sheth, in a new episode of AskMadhav revealed that the GT Neo 3 150W fast charging variant will launch in the Indian market. This means we can expect the company to launch both 80W and 150W charging variants in the country.