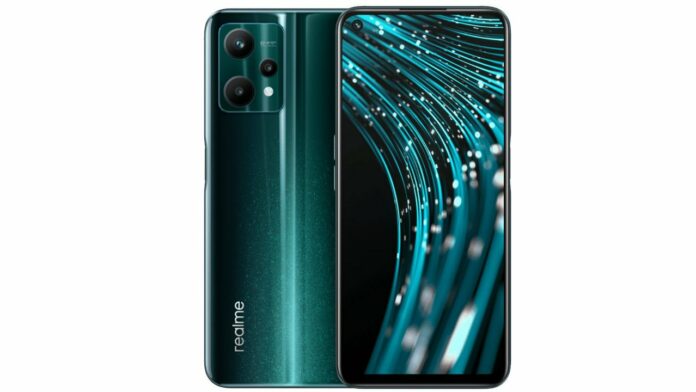 Realme has today announced Realme V25 smartphone in the V series in China. Alongside, the company has also launched the Realme Buds Q2s TWS earphones.

Realme V25 sports a 6.6-inch full-HD+ LCD panel with a 120Hz refresh rate. The phone is powered by an octa-core Qualcomm Snapdragon 695 SoC, along with an Adreno 619 GPU and 12GB of RAM. In addition, the phone also offers a Dynamic RAM expansion feature to expand the RAM to up to 19GB.

The phone comes with a triple rear camera setup. This includes a 64-megapixel primary sensor with an f1.79 lens, a 2-megapixel depth shooter and a 2-megapixel macro shooter. In addition, it has a 16-megapixel selfie camera sensor in the front.