Realme Band 2 renders have now been leaked. These renders show off the design of the wearable along with some key specifications. 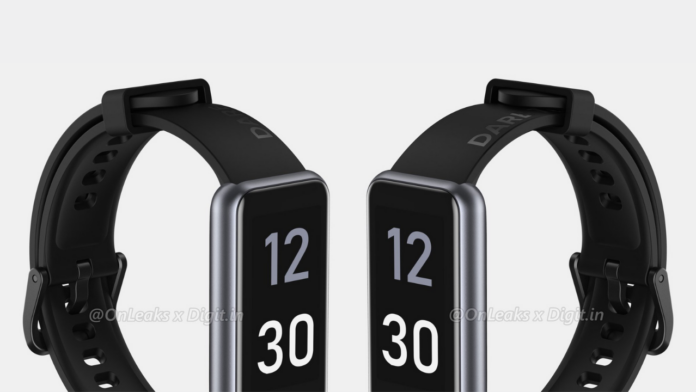 Realme Band 2 will be the successor to the original wearable launched by the company, the renders for which have now been leaked. These renders show off the design of the upcoming wearable along with some other specifications.

The leak comes from Digit in collaboration with OnLeaks, as per which the band will have an 1.4-inch display. The band will get a more premium look compared to its predecessor. It will have Watch-like form factor instead of having a traditional fitness band design.

There’s no touch button present at the bottom of the display. This hints towards a software which will completely rely on gestures. The Realme Band 2 renders reveal it will measure approximately 45.9 x 24.6 x 12.1mm as per the report. On the back side of the band, one can observe heart rate monitoring sensors that will provide the respective functionality.

It is not yet known if SpO2 and Blood Pressure monitoring will be provided as well. Secondly, the new Realme Band 2 may come with a separate charger this time. This new charger would likely connect with the band through Pogo pins.

There’s no official confirmation on when the Realme Band 2 could be launched. But as the leaks have started coming in, that might be sooner than later. In related news to Realme, the brand is gearing up to launch the Buds Q2 Neo in India on July 23.

The Realme Buds Q2 Neo will be available in Black and Blue colour options in India. They will come with a kaleidoscopic pattern on the earpieces. In Pakistan, the earbuds are available at PKR 5,999 (approx Rs 2,900). There’s no word regarding the pricing of the earphones in India. These TWS earbuds feature 10mm, dynamic drivers with polymer composite diaphragm and new Bass Boost+ enhancement technology.