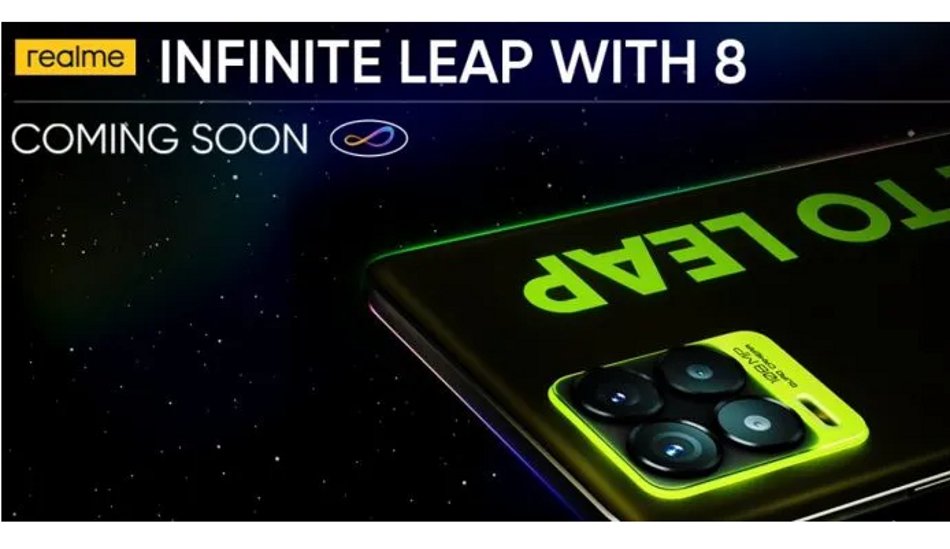 Realme will soon be launching Realme 8 series with Realme 8 and the Realme 8 Pro smartphones in India. Now, the Indian launch date of these phones has been tipped.

As per Twitter user Debayan Roy (@Gaggetsdata), Realme 8 series will launch on March 24 in the country. This is contrary to an earlier report claiming the India launch date of the phones as of March 25. Realme is expected to make an announcement soon for the launch date.

He also says that both Realme 8 and Realme 8 Pro will feature an AMOLED display. The series will be launching in the UK on March 15.

Recently, Realme CEO Madhav Sheth had revealed the box of the Realme 8 revelling its key specifications. Realme 8 will sport a 6.4-inch Super AMOLED screen. The device will run on Android 11 with Realme UI 2.0 on top.

Realme 8 will come with a 64MP quad-camera setup in a square camera array below which sits the dual-LED flash. The smartphone will be powered by the MediaTek Helio G95 gaming processor. It will be backed by a 5,000mAh battery which will charge at 30W speeds. Realme 8 is said to come in 4GB/6GB RAM options along with 64GB/128GB internal storage.

The Realme 8 Pro will be equipped with a 108MP primary camera. The phone is said to come with a 4500mAh battery with 65W fast charging. The Realme 8 Pro might be powered by Snapdragon 720G SoC. The phone is expected to come in 6GB/8GB RAM option which might be coupled with 128GB of storage. In-display fingerprint sensor for Realme 8 Pro has already been confirmed by Madhav Sheth.