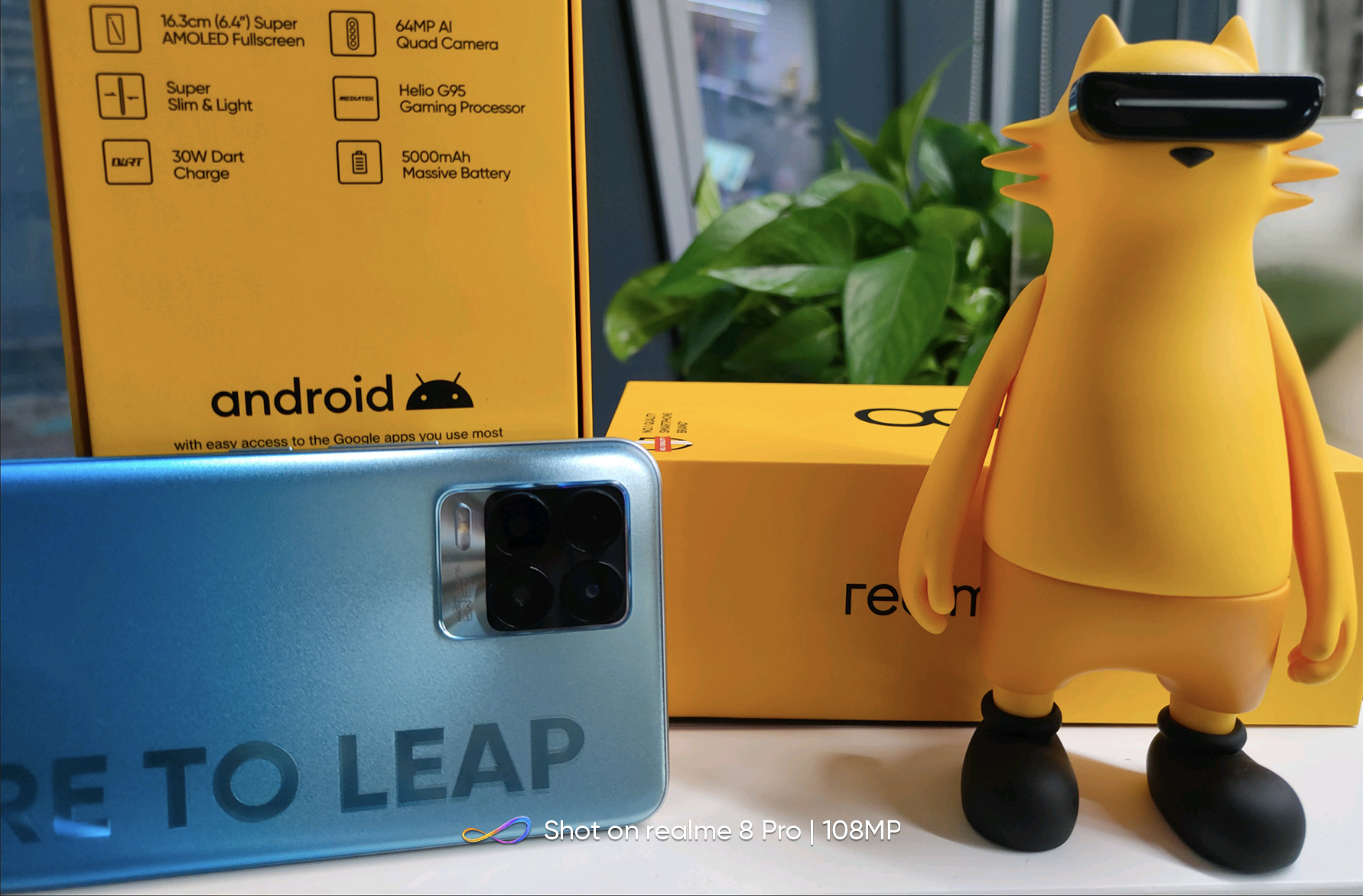 Realme 8 is an upcoming smartphone from Realme, the key specifications of which have been confirmed by the brand CEO

Madhav Sheth, Realme CEO for India and Europe posted a picture on Twitter yesterday that is captured with a Realme 8 Pro which is evident from the watermark. But what seems to be in the picture is the back side of the retail box of Realme 8, along with the phone itself.

The photo has revealed all the key specifications of the Realme 8 which, as per the specifications mentioned on the box, will sport a 6.4-inch Super AMOLED screen, which will be a first for the midrange series as up until now, the phones had LCD panels. There is no information regarding the refresh rate of the display.

The Realme 8 will come with a 64MP quad-camera setup in a square camera array below which sits the dual-LED flash. This also confirms that the 108MP camera will be exclusive to the Realme 8 Pro. The back panel will also have a ‘Dare to leap’ branding on the whole left side of the smartphone.

The smartphone is to be powered by the MediaTek Helio G95 gaming processor that points towards a better gaming experience. Lastly, the phone will be backed by a 5,000mAh battery which will charge at 30W speeds.

This is all that we currently have for the smartphone while for the rest of it, we will have to wait for the brand to make an official announcement for the Realme 8 series which will uncover the price and detailed specifications.