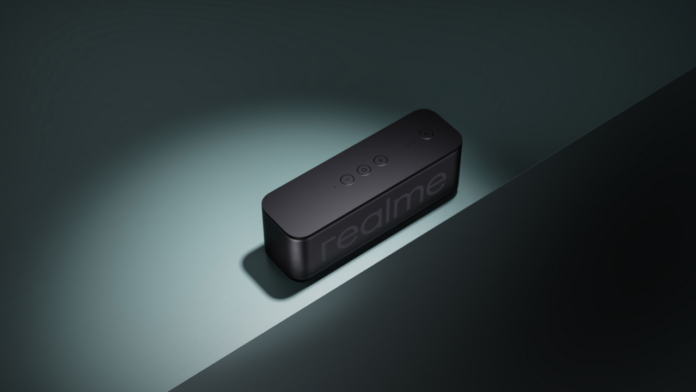 The realme Smart 4K Google TV Stick is priced at Rs 3,999 and during realme festival days it will be available at Rs 2,999. The stick will be up for sale on 17th October, 12.00 P.M. onwards on realme.com, Flipkart & Mainline channels. Flipkart Plus members will have early access to the sale on 16th October.

The Brick Bluetooth Speaker is priced at Rs 2,999 and during realme festive days it will be available at Rs 2,499. This one will be up for sale on 18th October, 12:00 P.M. onwards on realme.com, mainline channels & soon to be available on Flipkart.

The Realme Cooling back clip Neo, Type-C SuperDart Game Cable, and the Mobile Game Trigger will go on sale starting October 18th at 12 noon on Realme.com. These are priced at Rs 999, Rs 599, and Rs 699 respectively. The Buds Air 2 (Closer Green) is priced at Rs 3,299 and will be available at Rs 2,599 during Realme Festival days. It will be up for sale on 18th October , 12:00 noon onwards on realme.com, mainline channels & soon to be available on Flipkart.

With its built-in Chromecast, realme Smart 4K Google TV Stick allows the users to cast the content from their smartphones to the TV screen. It is compatible with all realme Smart TV remotes and works with Bluetooth voice control remote. With its built-in microphone, users will be able to access voice assistants quickly.

The brick bluetooth speaker comes with the 20W dynamic bass boost drivers. The two dedicated bass radiators provide extra resonance and enhanced bass effect. It is equipped with a 5200mAh battery which allows a 14-hour long playtime and Type-C port for charging.

Realme Brick Bluetooth speaker comes with Bluetooth 5.0 for stable connections and a transmission distance of up to 10 meters. It also provides super low latency with gaming mode enabling perfect synchronization between video and audio while playing games or watching movies.

The Realme Buds Air 2 offers Active Noise Cancellation of up to 25dB, reducing background noise during a call. It includes the R2 Processor as well as support for Bluetooth 5.2. A 10mm Diamond-class Hi-Fi Driver is included in the realme Buds Air 2.

Realme Buds Air 2 has a Bass Boost Plus technology that gives users a real-life bass experience. AAC High Quality Sound is also supported by the Buds Air 2, as well as a big battery capacity that gives customers with a 25-hour overall battery life (charge 100 percent in one hour). Open-up Auto Connection & Google Fast Pair, Smart Wear Detection, Intelligent Touch Controls, and IPX5 Water Resistance are a few of the features included in the realme Buds Air 2.

The realme Cooling Back Clip Neo comes with a built-in semiconductor cooling fins and multiple radiators, which cover a large portion of the heating part of the mobile phone. The temperature in this area can be reduced by as much as 14°C. It has a compact body as light as 75.9g and its fans run at a high speed with super low noise to dissipate heat.

It also has a cool colourful lighting effect which brings an immersive gaming experience. The device features a free stretch design consisting of a retractable clamp allowing gamers to stretch the width between 64mm and 85mm and flexibly adjust the backflip based on the size of their phone.

The cable also comprises a colourful lighting effect that makes lights change as the gamer plays. It is made of nylon braided cable and has a wire length of 1.2m to meet long-distance usage requirements.

The Realme Mobile Game Trigger comes with physical buttons for latency-free control enabling reactivity at the fingertips of the gamers. The buttons and the screen are combined into one, so there is no latency with physical button presses, and the gamer’s input is recorded instantaneously.

It comprises a premium metal trigger with Zinc alloys buttons and responsive built-in micro switches. It also features a quick click allowing a game to start with one click. The trigger’s small and flexible groove clamping design effectively prevents the side buttons from being touched by mistake. It weighs only 20.4g and magnetically snaps into the place.