PUBG: NEW STATE pre-registrations have now begun in India. The country was initially not in list of countries where the game will launch. 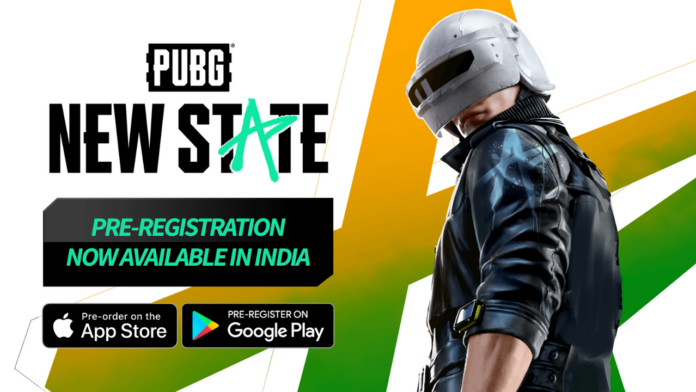 KRAFTON, the South Korean video game company, today announced that the pre-registration of PUBG: NEW STATE, a new title of PUBG Studios to launch this year, have gone live in India.

Krafton says that the “heavy excitement and strong support” of the Indian fans for the PUBG title have been the reason behind this move. Developed by Krafton’s PUBG Studios, PUBG: NEW STATE will launch as a free-to-play experience on Android and iOS in 2021.

Krafton says that India was initially not included in the pre-registration countries. But as the Indian fans expressed much excitement about the game’s launch and commented positively on the posts on PUBG: NEW STATE’s various social media channels, Krafton decided to reverse its move.

The game introduces drones, combat rolls, and more. In addition, PUBG: New State is set in the year 2051 where “anarchy rules as numerous factions battle each other”. PUBG: New State is compatible with Android phones running Android 6.0 and higher.

KRAFTON has been investing heavily in developing Indian gaming, esports, and IT entertainment industries in India. Moreover, the company invested a total of 70 million USD this year in the Indian IT sector. This includes the leading Indian esports company NODWIN Gaming, the game streaming platform Loco, and the web novel platform Pratilipi.