PUBG Mobile today (April 16th) released its much-awaited Arctic Mode which was first seen in beta back in February. It is rather odd to see a Winter themed mode went it’s almost spring but, it seems that PUBG is harnessing the entire Quarantine scenario to keep its players busy while at home.

The mode can be found under ‘PlayLab’ and is set in the Vikendi map which already has the snow element. Apart from the battle Royale combat mode, the game adds a new dimension of survival twist. You have to now keep an eye on your body temperature which will be indicated below. A timer lets you know the oncoming extreme cold wave. You need to survive by staying indoors.

and maintain your body temperature. Get too cold and you start losing health. You have to collect branches, warm packs and heaters to stay warm. Players can also hunt chickens in the wild and roast them on the fire for extra warmth. 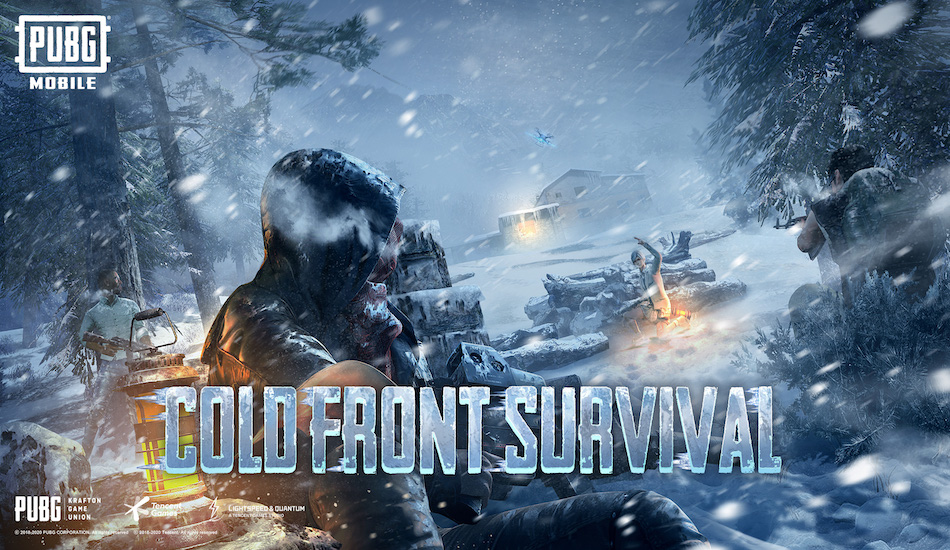 To aid players, there is the addition of drones which helps you give aerial surveillance for resources and also help you take out other players. These drones come with limited battery life and health, so must be kept an eye on that as well. The new mode also introduces the ability to use skis which help players in moving around the map faster especially during the cold wave. The mode as is under the PlayLab section, hence the results won’t be counted under the classic mode.

PUBG Mobile gets go-ahead from Indian government as per leaks