PUBG Mobile has teased the launch of its new game mode 'Cold Front Survival' which is scheduled for release on 16th October.

PUBG Mobile in on its twitter handle teased its upcoming game mode called ‘Cold Front Survival’ and it is set to launch on 16thApril. This game mode is ‘Survival Mode’. There are no specifics provided regarding the mode, but teasers clearly point out a previously leaked Extreme Cold mode that was seen on a beta version of Game For Peace (Chinese version of PUBG Mobile).

This survival mode will be set in the Vikendi Map and players will have to survive in extremely cold weather by searching for wood to start a fire as well as hunt for animals to take on the cold wave and survive. A timer will be included in this mode to notify players of the incoming extreme cold wave, so they can find shelter and prepare for survival. Players will deal damage if they are not around a fire when the cold wave hits. 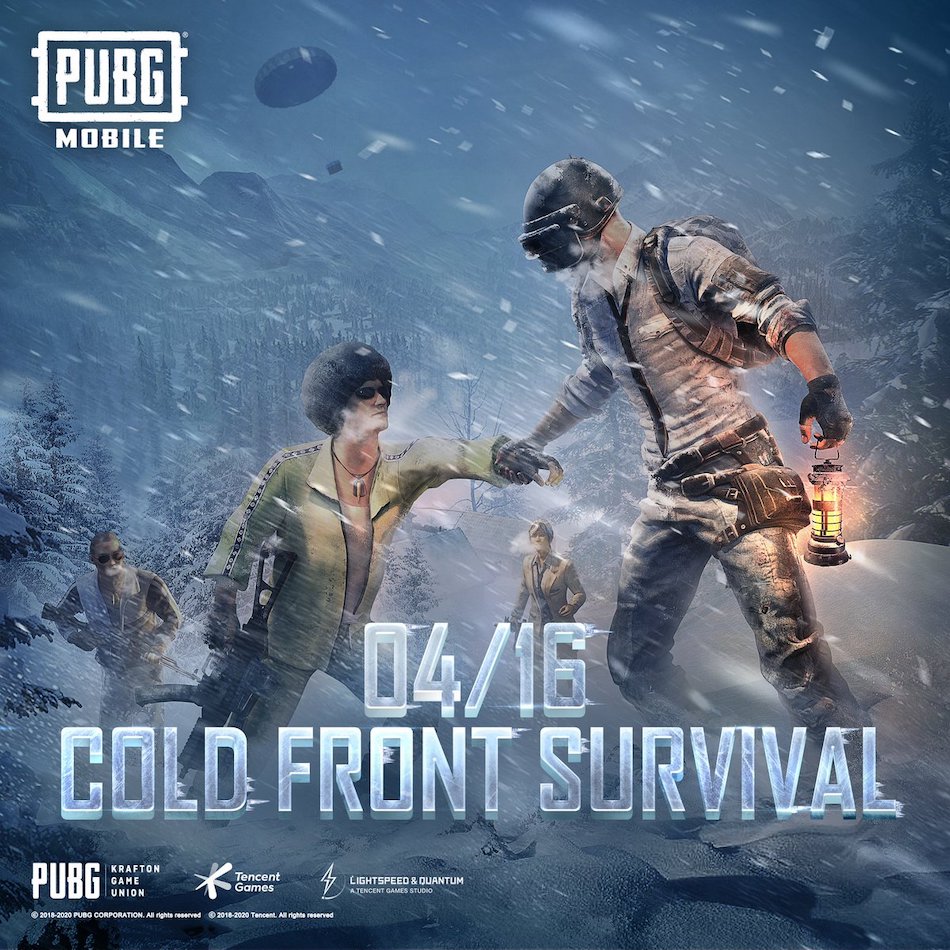 In addition to these new features, the teaser images also showcased a drone that is also expected to be a part of ‘Cold Front Survival’ mode. The introduction of a drone has long been speculated and leaked. The function of the drone has not been revealed but it seems like it would be used for aerial surveillance.

PUBG is one of the biggest mobile games out there with millions of people logging in daily. Its battle royale format has made it extremely popular amongst gamers. The launch of this mode during the lockdown period seems like a good strategy to keep folks at home and entertained.