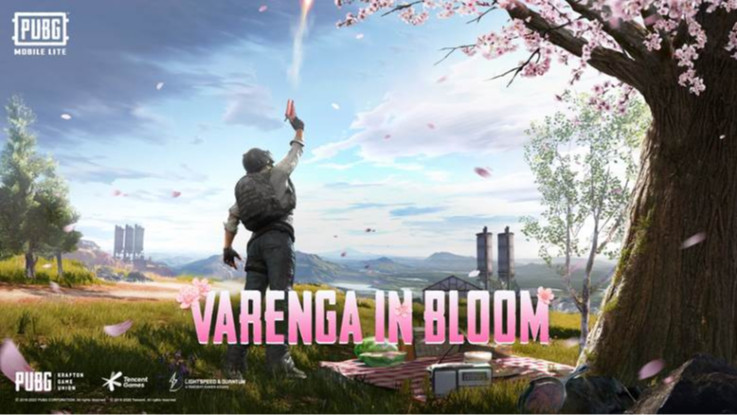 The update brings the latest version 0.16.0 and it brings a host of new features and improvements.

Tencent Games and PUBG Corp has started rolling out a new update to its Lite version of its popular battle royale game, PUBG Mobile Lite. The update brings the latest version 0.16.0 and it brings a host of new features and improvements.

To start with, the update brings a new theme of Varenga in Bloom. The company has revealed that the game has been decorated with a Spring Festival main menu theme. Furthermore, the company has added Cherry Blossom areas in Varenga with high odds of Picnic Baskets spawning. Players can search for Picnic Baskets under certain cherry blossom trees to find Flare Guns and festive Paint Grenades. The flare guns can be used to call Super air-drops, while the paint grenades can be used to dye characters in Spring colours.

The 0.16.0 update also brings new improvements in Varenga. This includes new maps updates which add a shelter with resources to the North, added more roads leading to the Urban area, fine-tuned the industrial area to the Southwest Factory and more.

With this update, players can level up a specific weapon to unlock experience. Furthermore, switching to a secondary weapon while reloading the main weapon is now available. Additionally, the update combines Classic Mode and PlayLab as new Battle Royale mode. The update brings new features like Career Results, Room Cards, New look for the Character UI and more. It also adds new languages including Arabic, French, and Spanish.

The previous 0.14.6 update brought Survive Till Dawn mode. In this mode, users need to survive three days and two nights and protect themselves from zombies attack. The new mode also brings new M134 Minigun and flamethrower, which is there in the PUBG Mobile. Apart from this, the company has also added a new Open Character system, meaning that users can suit up as Victor in Survive Till Dawn. The character boasts a reduced reload time passive ability of sub-machine guns.