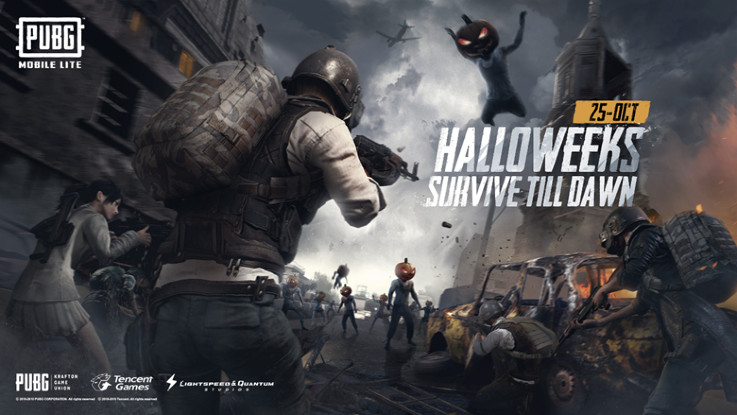 The new update brings a host of new features and the new Halloween Survive Till Down mode to the Lite version of the game.

PUBG Corp and Tencent Games have started rolling out a new update to its popular PUBG Mobile Lite game. The new update brings a host of new features and the new Halloween Survive Till Down mode to the Lite version of the game.

The biggest highlight of the new 0.14.6 update is Survive Till Dawn mode. In this mode, users need to survive three days and two nights and protect themselves from zombies attack. The new mode also brings new M134 Minigun and flamethrower, which is there in the PUBG Mobile.

Apart from this, the company has also added a new Open Character system, meaning that users can suit up as Victor in Survive Till Dawn. The character boasts a reduced reload time passive ability of sub-machine guns. The update also brings Sawed-off shotgun to the Lite version. The shotgun holds two rounds of 12 gauge and can be equipped with a choke and holds the pistol weapon slot.

The update also adds new daily rewards including outfits, BC and more by simply watching videos in the purchase page. The update also brings a quick entry option in the main menu, which allows users to dive into the recommended game modes. It also adds Halloween-style theme in the in-game main menu and adds pass mission card so that users can complete a Pass Mission along with friend assistance feature. Apart from this, the update brings adjustments and bug fixes.