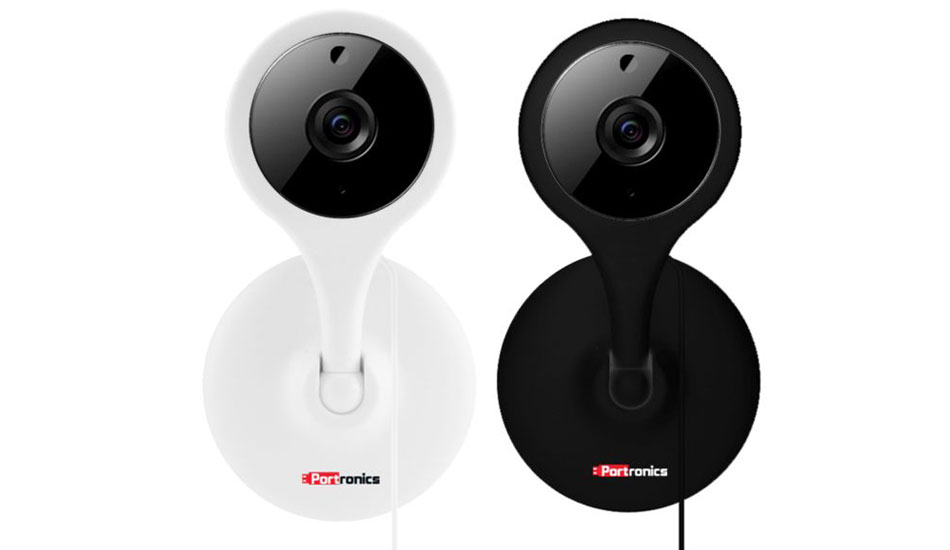 The HD camera is priced at Rs 3,999 and is available at both online and offline stores.

Portronics has today announced a new surveillance camera known as SeeSaw in India. The HD camera is priced at Rs 3,999 and is available at both online and offline stores.

The major highlight of the camera is its two-way capability. The camera comes equipped with a sensitive mic and a mini half-watt speaker which allows a remote two-way audio communication using SIP/VoIP with the connected smart device like phone/tab/laptop. The camera shows real-time video anytime from anywhere on your smartphone and can be viewed on multiple devices as well.

The surveillance camera sports one-megapixel camera comes with 720p HD CMOS sensor and can shoot videos at 30 frames per second. It uses MPEG (Motion JPEG) and H.264 compression. The also support Motion Detection and sends a message to the user whenever it senses a motion.

The camera can be mounted easily on the walls through a strong magnetic base, which is adjustable up to 360 degrees and requires a power source through any USB2.0 adaptor and a USB cable.

The security camera can be linked to a smartphone by using the free app from the application store. The device also supports Wi-Fi and one can store the recorded video on the camera itself in the micro-USB slot that supports up to 64GB microUSB card.