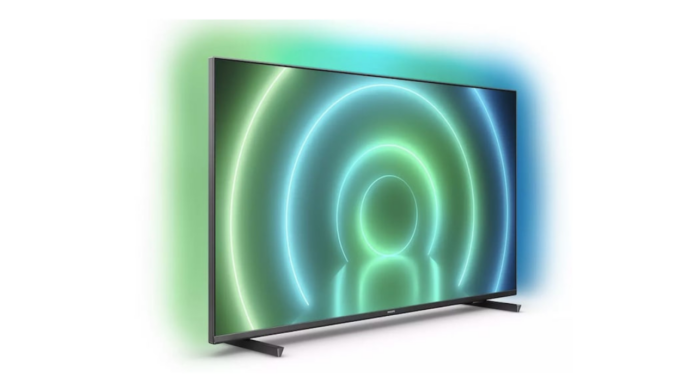 Philips has launched a new television series in India called 7900 Ambilight Ultra-HD LED Android TV. All the televisions in the range have Ultra-HD (3840×2160-pixel) LED screens, support for HDR up to the Dolby Vision format, along with Dolby Atmos. The Ambilight TV series has built-in three-sided LED lights behind the screen, which can replicate the colours on screen for a unique viewing effect.

Philips 7900 Ambilight LED TV series comes in three sizes, all of which have support for high dynamic range content in all the major formats, including Dolby Vision, HDR10+, HDR10, and HLG.

The lights can be customised and controlled directly using the remote of the TV and can be switched off as needed. The television also supports Dolby Atmos sound, with the 55-inch TV featuring a 20W speaker system.

For connectivity, the television series has dual-band Wi-Fi and Bluetooth 5.0 connectivity. As its a Smart TV, it runs on Android TV OS which supports Google Assistant through the remote, as well as built-in Google Chromecast.