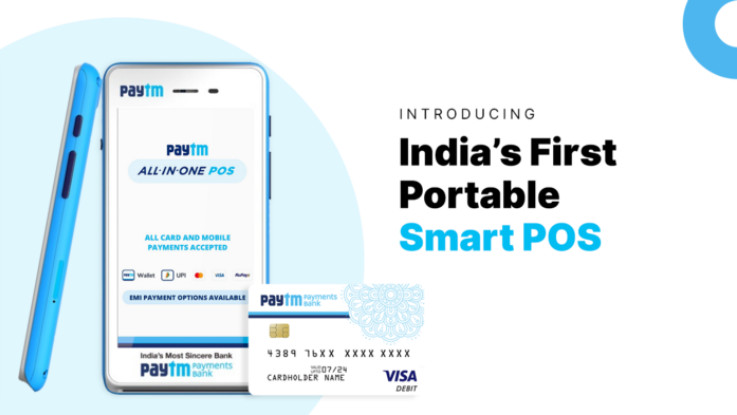 Paytm has today announced the launch of its latest Android POS device for contactless ordering and payments in India. The device is said to be the first Android-based POS machine introduced in the country and it is said to be more powerful than the Linux-based POS devices.

The POS device comes with Scan to Order service that is said to be getting adopted by thousands of restaurants and takeaway joints in the country. The smart POS device is available at an inaugural price of Rs 499 per month on a rental basis. The device will enable delivery personnel of logistic players, Kirana stores, and small shopkeepers to accept digital payments on the go.

The Paytm All-in-One Portable Android Smart POS comes with a 4.5-inch touchscreen and it weighs just 163 grams. It comes “ bundled with a powerful processor, all-day battery life, and an inbuilt camera to scan QR codes and instantly process payments.” The device features cloud-based software for billing, payments and customer management. It works with 4G SIM cards and it can also be used with WiFi networks.

The Android Smart POS device is loaded with Paytm for Business application that generates GST compliant bills and also manages all transactions and settlements. It also has a merchandise store on the app offering Paytm All-in-One QR integrated utility items such as soundbox, calculator, power bank, clock, pen stands, and radio. The company aims to issue over 2 lakh devices within the next few months which will generate over 20 million transactions per month.a