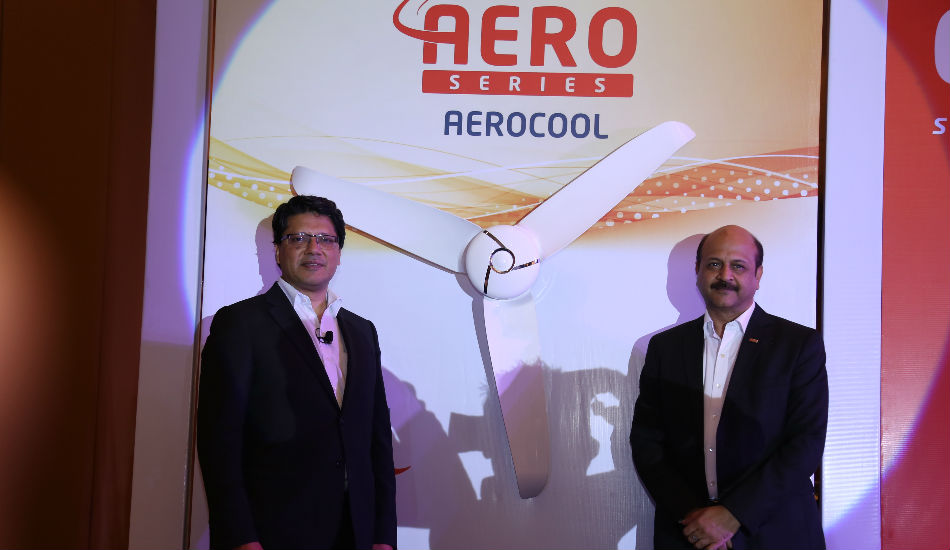 The fan comes with an MRP of Rs 5,290, and it will be available on offline retail stores and company’s official website.

Orient Electric, a part of CK Birla Group, has announced the launch of new ceiling fan known as Aerocool. The fan comes with an MRP of Rs 5,290, and it will be available on offline retail stores and company’s official website.

The major highlight of the premium ceiling fan is the high air delivery. The company promises that the fan offers air delivery of 300 CMM with minimum air vortex and sound. The fan has a sweep of 1320 mm and it offers 100 percent rust-free blade made of high-grade glass filled compounded ABS which provides strength to the blades, thus making it bend-proof, rust-proof and easy to clean.

Aerocool is inspired by aerofoil design of Aircraft wings and uses the winglet technology to further reduce the air cutting sound. The fan comes loaded with an 18-pole motor design for longer life. The ceiling fan comes with a high-gloss finish along with PU pain and UV metalised deco ring that some premiumto the device.

Commenting on the launch of the fan, Atul Jain, Sr. VP & Business Head, Fans, Orient Electric said, “It gives me immense pleasure to share that our Aeroseries fans range is finding acceptance all over the country, particularly in markets such as Tamil Nadu, AP, Kerala and Karnataka in South, Maharashtra and Gujarat in West and parts of the north like Delhi, UP, Punjab and Rajasthan, which are all very critical markets…With the launch of the new Aerocool fan, we are even more confident of gaining a stronger foothold in the segment. With the kind of response, we are receiving from the trade as well as consumers for our Aeroseries fans, we expect the super-premium fans to contribute to 10 per cent of total fan sales in the next 2 years.”