Oppo will launch the Oppo Pad alongside the Reno7 series smartphone. A new Oppo foldable smartphone is also in the works. 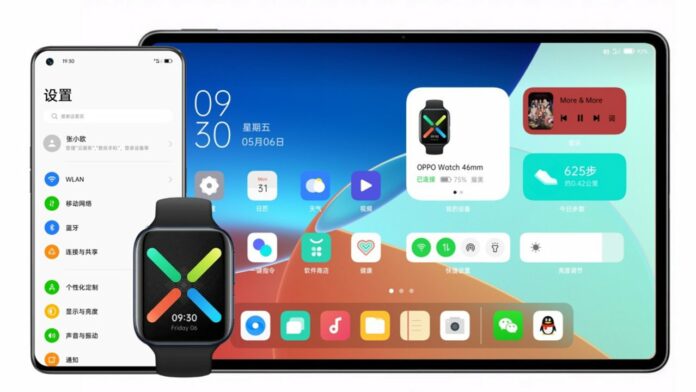 OnePlus is said to be entering the tablet market soon with the launch of the Oppo Pad. An image of the upcoming Oppo tablet and its key specifications were leaked last month. And now, some more information regarding the Oppo Pad has surfaced online.

As per tipster Mukul Sharma on Twitter, Oppo will launch the Oppo Pad alongside the Reno7 series smartphone. He has shared a Weibo post of Chinese tipster Digital Chat Station.

The upcoming Oppo tablet will be featuring narrow bezels around the display. In addition, there should be a punch-hole cutout on the front housing the front camera. In terms of software, it will be running a modified version of ColorOS, called ColorOS for Pad.

The modified version will consist of a dock bar and dock widgets that will further support quick operations. Additionally, it will focus on seamless sync operations between the tablet and mobile phones, watches, headphones, and other devices. However, there’s no news as to when the tablet could arrive as it may be in the early stages of development.

Meanwhile, Oppo has confirmed that the ColorOS 12, the next major ColorOS update for OPPO phones, will be introduced mid-to-late September. It will be based on Android 12. Digital Chat Station has also shared a picture showcasing a smartphone and a tablet running ColorOS 12 along with a smartwatch.

Also, Oppo is set to launch its new, truly wireless Enco Buds in India on September 8. These new entry-level buds are said to offer an incredible battery experience and crystal-clear, concert-like audio. The company says that these are built for consumers who want to upgrade to truly wireless earbuds for the first time.