Oppo Pad tablet will be launched globally on Feb 24 alongside Oppo Find X5 series smartphones. It is tipped to feature a 120Hz refresh rate. 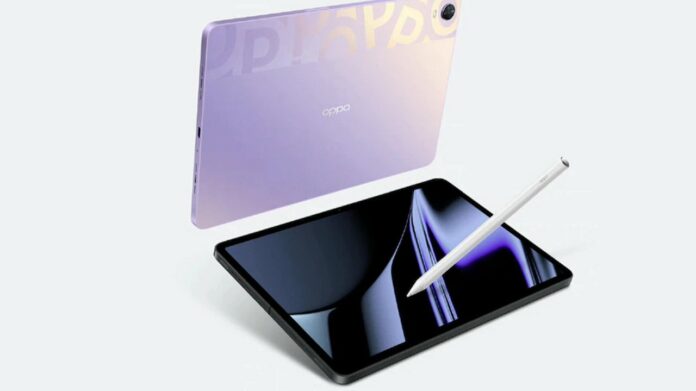 Oppo has already confirmed to introduce the Find X5 series on February 24. Now the company has also confirmed to announce its first tablet called Oppo Pad alongside at the event.

A new poster shared by Oppo has also revealed the Oppo Pad design. The design confirms that the tablet will come with a big display with Stylus Pen support.

In addition, it has also been confirmed that the tablet will come in Black and Purple colours. The tablet has a single camera at the top with an LED flash below the sensor.

Oppo has already announced the launch of the Oppo Find X5 series on February 24. The virtual event will be live-streamed at 11:00 AM GMT/19:00 GMT+8. Oppo has confirmed that the flagship smartphones will come powered by the Qualcomm Snapdragon 8 Gen 1 chipset. The phones will be running the ColorOS based on the Android 12 operating system.

The company has already confirmed its three-year partnership with Hasselblad to co-develop camera technologies for its flagship Find X series. It will also use the MariSilicon NPU, which is a 6nm chip for handling image processing tasks.