The Oppo Find X will run Color OS 5.1 on top of Android 8.1 Oreo. The smartphone is said to feature a 3,730 mAh battery. For the camera department, the device will sport a dual rear camera setup with 20-megapixel and 16-megapixel sensors and a 25-megapixel front camera.

Oppo is all set to launch Oppo Find X during Oppo’s Global Press event on June 19 at The Louvre in Paris, France. Oppo is already releasing teasers for the upcoming launch from many days now. Recently, the company shared a teaser revealing some of its specifications. Now the complete specifications of the Oppo Find X have surfaced online.

A tipster Ishan Agarwal has shared a detailed specs sheet of the upcoming OPPO Find X on his official twitter handle. Some of the specifications have already been shared by Oppo via teasers, the leak now just confirms them. Moreover, the tipster has also mentioned that Oppo Find X might arrive with a notch in the display.

As per the leak, the Oppo Find X will come with a 6.4-inches AMOLED Full HD+ display with 2340 x 1080 resolution and aspect ratio of 19.5:9, hinting towards the possibility of a notch. It will be powered by Qualcomm Snapdragon 845 processor with an Adreno 630 GPU coupled with 8GB RAM and 128GB internal storage.

The Oppo Find X will run Color OS 5.1 on top of Android 8.1 Oreo. The smartphone is said to feature a 3,730 mAh battery. For the camera department, the device will sport a dual rear camera setup with 20-megapixel and 16-megapixel sensors and a 25-megapixel front camera.

Oppo Find X will reportedly measure 156.7×74.2×9.6mm and weigh around 186 grams. The connectivity features of the smartphone will include dual-SIM support, NFC, Bluetooth, Wi-Fi 802.11ad and GPS. It may be available in two colour options, Bordeaux Red and Glacier Blue, as per the leak.

Meanwhile, Oppo has also started sending the media invites for its upcoming launch. The invite hints at the possibility of the notched display design in the smartphone which is similar to most of the recently launched flagship devices. 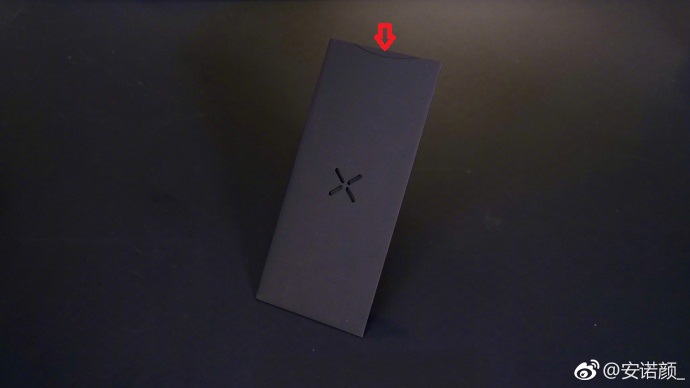 In the invite via Playfuldroid, there is a semi-circular cutout at the top portion of the envelope which hints at a notched display design on the OPPO new device.

After its launch on June 19, Oppo Find X is also said to come in India as the company recently teased the launch on official Indian Twitter account. However, the company has not revealed any particular launch date in India.

Oppo is bringing back their Find series smartphones, after a four-year gap that saw them releasing budget and mid-level devices. We have to wait for one week more to know what the company has finally in stores for us with the launch of Find X.