This will be Oppo’s first flagship in four years which we could expect a launch in India, China, and Thailand since the company released teasers in these three regions. While the phone is slated to come with the dreadful notch, the most distinguishing feature will be its triple camera setup at the back.

Ending its four-year drought of manufacturing a flagship-quality smartphone, Oppo finally seems to be developing the Find X device for an unveiling in the near future. The Chinese smartphone manufacturer just posted a teaser through its Indian twitter account and followed it up with similar teasers in Thailand and China through Weibo, meaning the device will be launched firsthand in all these regions.

This will not only be Oppo’s first flagship smartphone in four years’ time but also the first Find-series smartphone in the same number of years. Oppo’s official Indian Twitter account reads “Hi! It’s been a long time. The OPPO Futuristic Flagship phone is coming” and has even changed its logo to that of Find X, which means this will be Oppo’s next major smartphone.

The company has already gained trademark credentials for the Find X moniker and a leaked render had already appeared last month, leaking a few design aspects of the phone. The leaked picture clearly reveals a notch at the top, no doubt about that, and surprisingly enough Oppo seems to have packed in a triple camera setup at the back. 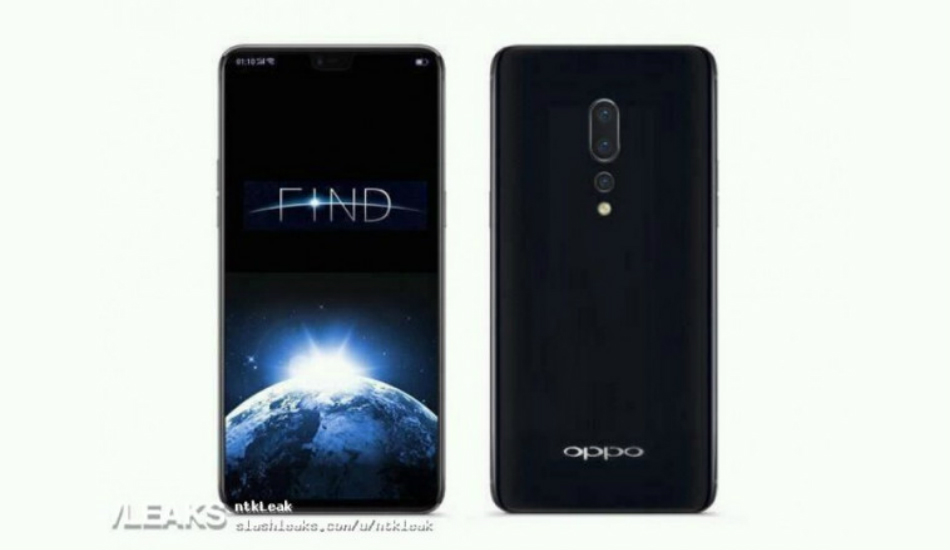 No further specifications have been speculated till now barring the lack of a traditional fingerprint scanner at the back. This could mean that Oppo might as well have taken inspiration from their sister-brand Vivo on employing the much-praised in-screen fingerprint scanning technology on its next-generation flagship. It’s hugely reported that this kind of advanced biometrics could be expected from the Find X smartphone.

Other rumours suggest that the Find X might also boast of structured light 3D components like in the Apple iPhone X or the Mi 8 Explorer Edition. Structured 3D technology will come in handy to track the 3D model of a user’s face for the purpose of authentication. Furthermore, a triple sensor camera would mean professional photography-like image quality with 5X optical zoom.

More details to be expected once a release timeframe is announced for the Find X.