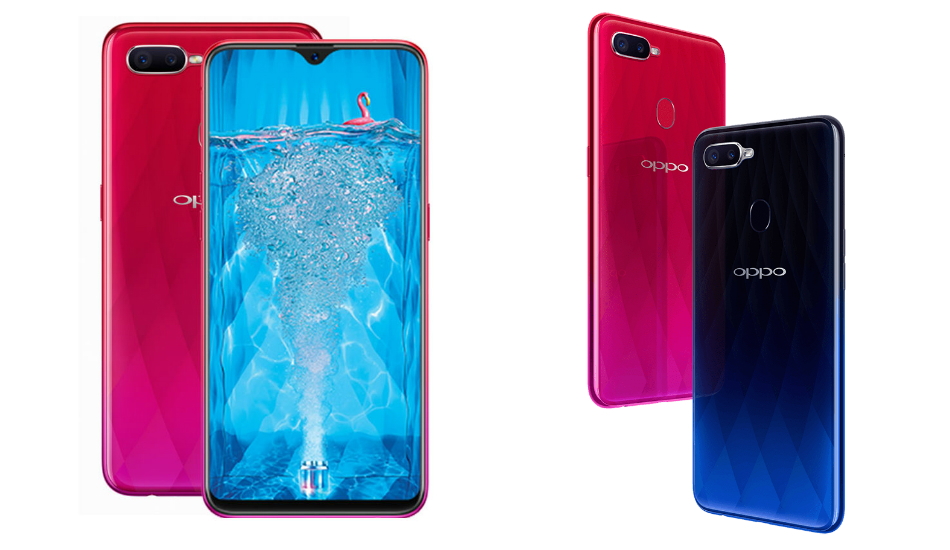 The device is powered by a 12nm-manufactured Octa Core MediaTek Helio P60 SoC with 4GB/6GB RAM options and 64GB of internal memory. The chipset specialises in AI-enabled tasks and runs on the company’s own Color OS 5.2 which is based on Android 8.1 Oreo. The F9 packs in a 3,500mAh battery with VOOC fast charging.

Oppo has introduced the Oppo F9, a mid-range smartphone with a notch that resembles that of the Essential Phone but a lot less space saving than the latter. The device has been launched in Vietnam and Philipines just days before a scheduled launch in India where it’ll be introduced as the F9 Pro on August 21 as per rumours. The Oppo F9 will come at a starting price of 76,90,000 Vietnamese Dong (approx. Rs 23,300) and is available in a bunch of attractive colour schemes.

With minimal bezels and the inclusion of the ‘waterdrop’ tiny V-shaped notch, the 6.3-inch Full HD+ 19.5:9 screen on the Oppo F9 spans to occupy as much as 90.8 percent of the space on the front with a resolution of 2280 x 1080 pixels. The display can attain a peak brightness of 450 nits and is guarded by the same Gorilla Glass 6 as the one found on the Oppo R17.

The device is powered by a 12nm-manufactured Octa Core MediaTek Helio P60 SoC with 4GB/6GB RAM options and 64GB of internal memory. The chipset specialises in AI-enabled tasks and runs on the company’s own Color OS 5.2 which is based on Android 8.1 Oreo. 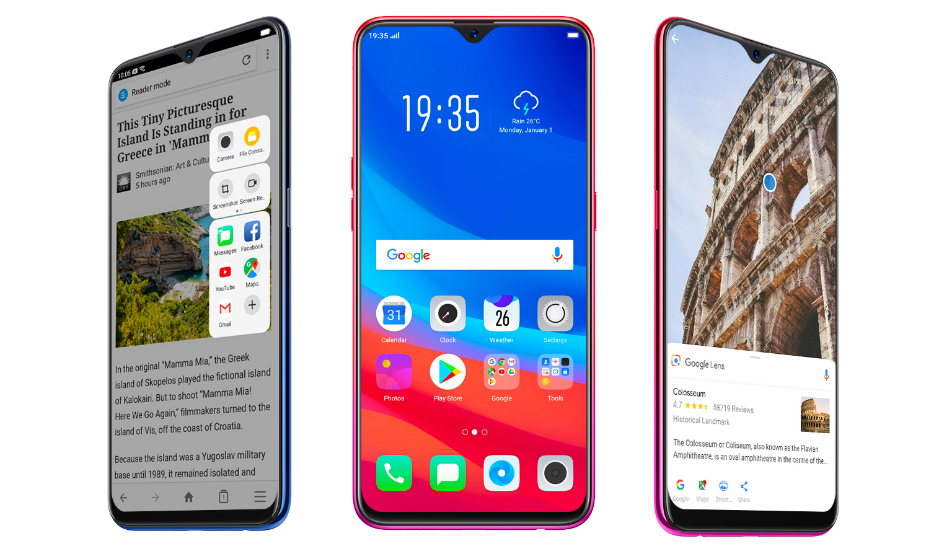 There’s a dual camera setup at the back which is a combination of 16MP (f/1.85 aperture) + 2MP lenses, the first of which does most of the work. Having been made under the selfie-centric F-series, the F9 equips a 25MP front-facing AI-enabled camera which is a Sony IMX576 sensor with a f/2.0 aperture that’s hidden under the small notch on the front.

The F9 packs in a standard 3,500mAh battery which supports Oppo’s VOOC fast charging. Connectivity options include Dual 4G LTE, a micro USB port, a 3.5mm headphone jack, Bluetooth 4.2, WiFi and GPS. The back panel which adorns a fingerprint sensor is designed with gradient colours, patterns and starry gold dust.

The Oppo F9 will retail for a starting price of 76,90,000 Vietnamese Dong (approx. Rs 23,300) for the 4GB version and will be available in Sunrise Red, Twilight Blue and Starry Purple colour variants.