Oppo is expected to launch two selfie centred smartphones in August for the Indian audience. The F9 Pro will be powered by MediaTek Helio P60 chipset and have a 25-megapixel camera unit on the front.

Oppo can’t be kept away from selfie centric phones for too long. It is gearing up to launch mid-rangeselfie-centric F-series smartphones -Oppo F9 Pro, and F9in August in India.The Chinese company has released a teaser video on Twitter for the same.

The Oppo F9 Pro will be the successor to the Oppo F7, that was launched earlier this year with a 6.23-inch FHD+ display and 25-megapixel selfie camera.If we talk about theteaser video it says “The Breaking New Vision” where the front reminds us of a cutout that was seen on the Essential Phone from a year ago. The teaser contains an outline of the upcoming Oppo device in an underwater environment thus suggesting that the F9 Pro could be waterproof.

A similar teaser came from Oppo Malaysia’s official Twitter handle which also reveals a basic sketch of a smartphone with a smaller-than-usual notch and reads that the “F9 is coming”. This front panel is what Oppo calls a “waterdrop screen design” which resembles that of the waterfall in the background. 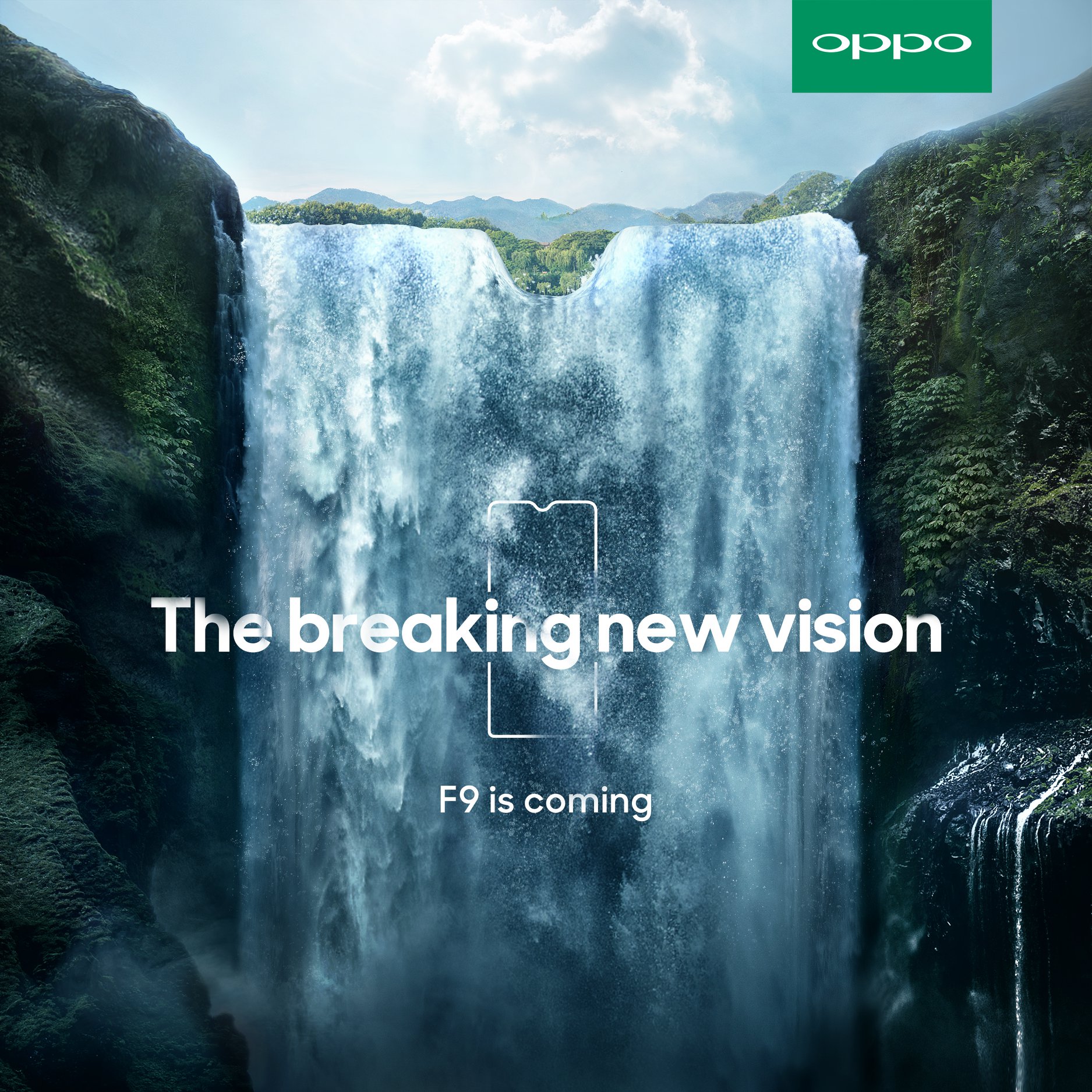 If the picture were anywhere to go with, the screen would have a screen-to-body ratio of 90.8 percent which is higher than that of the Oppo F7 which had a screen space of 88 percent.

The F9 Pro is expected to run on MediaTek Helio P60 chipset and have a 25-megapixel camera unit on the front as seen inOppo F7. The onlydifferencemay bea dual camera set up at the back which incidentally will be a first in the F-series of devices under Oppo.