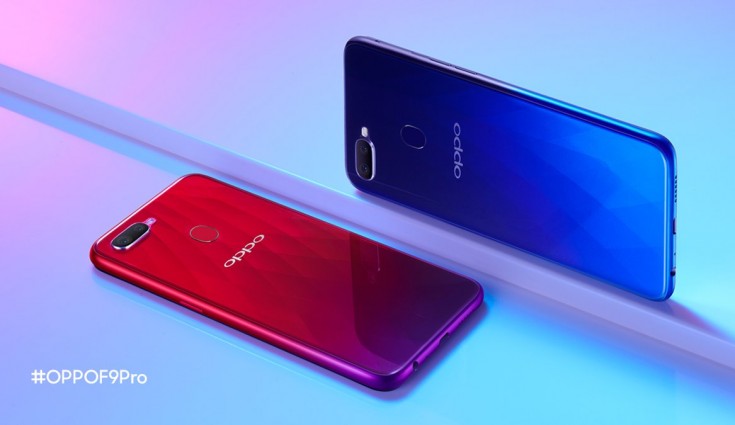 Oppo released ColorOS 7 stable update timeline for India last month as per which Oppo F9 and Oppo F9 Pro were slated for Android 10 update in June. Now the two phones have started receiving Android 10-based ColorOS 7 update in the country.

Meanwhile, it has been announced that Oppo Find X2 and Find X2 Pro will get the Android 11 beta this month after Google released the first public beta of the upcoming Android 11. Both the phones have already been confirmed to launch in India on June 17.

ColorOS 7 update for Oppo F9 and F9 Pro comes with build number CPH1823EX_11.F.09_2090_202006051759. As per the post on Oppo ColorOS community, the update will be rolling out in batches. It is rolling out in a staged manner and more users are expected to receive in the coming days.

Users will automatically be notified for the update on their phones. They can also check for the update manually by heading to Settings > Software update > Check for updates. An Oppo executive on the community page also states that Oppo F9 and Oppo F9 Pro users who are on the “trial version” won’t need to update the system twice as the operating system they are using is essentially the “official version.”

The update brings new borderless design makes visuals more attractive and operation more efficient. New gestures support, optimised screenshot preview and settings along with new Dark Mode and Focus mode have also been added. It also adds a bubble, which is displayed when you open an app in a floating window from the Smart Sidebar.

Further, the update comes with the Smart Sidebar and includes features such as Assistive Ball Opacity and Hide Assistive Ball on Fullscreen App. It also adds new charging animation along with a host of other features. It adds 3-Finger Screenshot Gesture support that lets users capture a screenshot of the selected part of the screen using three fingers on the screen. It also optimises the floating window feature for more apps. It also adds Soloop Video Editor to create your video and DocVault, an app for easy management and use of your digital ID cards.

Added OPPO Sans as the default font. The new font delivers a refreshing feel and fits well with OPPO’s pursuit of blending beauty and technology.

Smart Sidebar
Optimised user interfaces and improved one-handed operation.
Drag an app out of Smart Sidebar to open it in Split-screen mode.
Added two settings: Assistive Ball Opacity and Hide Assistive Ball on Fullscreen App.
Optimised the Floating Window feature for more apps.
Added a bubble: A bubble is displayed when you open an app in a floating window from the Smart Sidebar. Tap the bubble to collapse and open the app.

Navigation Gestures 3.0
New gesture: Swipe inward from both sides of the screen and then hold to switch to the previous app.
Optimised gestures: All gestures are supported in landscape mode.

Home Screen
More live wallpapers.
Added Art+ static wallpapers.
Customise whether to open Global Search or the notification drawer when swiping down on the Home screen.
Customise the size, shape, and style of app icons on the Home screen.
Swipe up on the Lock screen to switch unlock methods.
Optimised the graphic design of password unlocks to facilitate one-handed operations.
Supported live wallpapers on the Lock screen.
More screen-off clock styles.
Added a simple Home screen mode, featuring larger fonts and icons and a clearer layout.

Security
Connect your phone to Wi-Fi networks using a random MAC address to avoid targeted ads and protect your privacy.

Tools
In Quick Settings or Smart Sidebar, you can open Calculator in a floating
Added the trim feature in Recordings.
Added the Weather (dynamic) ringtone, which automatically adapts to the current weather.
Added weather-adaptive animations in Weather.

Photos
Optimised the Album UI for a clear hierarchy and quick lookup of photos.
Added Album Recommendations that recognises more than 80 different scenes.

Applications
Soloop Video Editor: Create your video with one tap.
Added DocVault, an app for easy management and use of your digital ID cards (available only on phones sold in India).